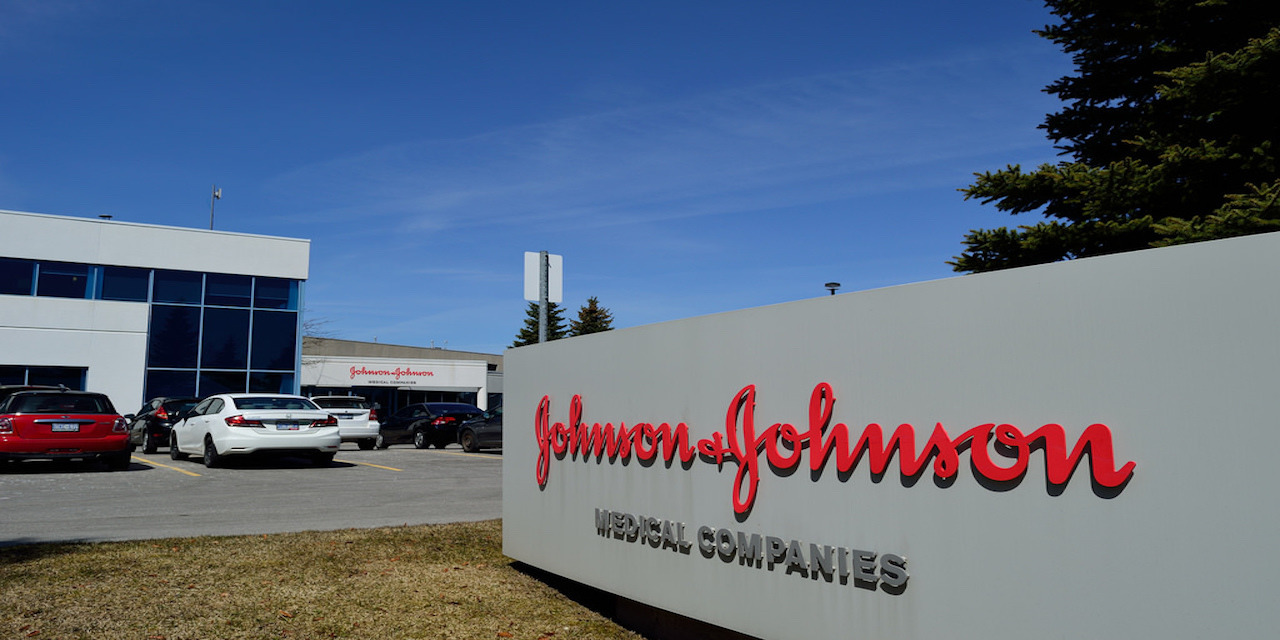 PHILADELPHIA – On the first day of a trial that could expose Johnson & Johnson to millions of dollars in punitive damages, the company moved for a mistrial after plaintiffs attorneys reminded jurors of its massive value but was denied.

It paves the way for the rest of a trial meant to assess whether the companies acted with reckless intent by failing to adequately warn of the risk of gynecomastia, the development of female breast tissue in males. As part of its opening arguments, Johnson & Johnson claimed the Maryland plaintiff began taking the drug as a 9-year-old - before it was approved for pediatric use.

The trial is notable as Philadelphia's Complex Litigation Center houses thousands of similar claims from out-of-state plaintiffs, and the city has a reputation for high-dollar verdicts. It's the first time in Philadelphia that a jury can consider assessing punitive damages in a Risperdal case and also another front the company must fight as it litigates opioid and talcum powder cases elsewhere.

For the second trial, plaintiffs will attempt to prove that the companies deliberately disregarded evidence that Risperdal could lead to gynecomastia in young males, and nonetheless released the drug into the open market for prescription and use by patients without disclosing the side effects.

Murray was prescribed Risperdal at the age of nine in 2003, for off-label treatment of symptoms associated with his Asperger’s Syndrome. Like other plaintiffs who stepped forward, Murray also contracted gynecomastia.

In his opening statement, plaintiff counsel Jason A. Itkin argued that the drug company, through its knowledge of the risk Risperdal use posed for gynecomastia and its associated failure to warn of that risk, made a “conscious choice” to hurt boys through violating a “public trust.”

“A reasonable company should tell the truth about the side effects of their medicines. That didn’t happen here,” Itkin said.

Itkin explained that Risperdal was approved for use by the Food & Drug Administration in 1993, specifically for use by adults suffering from schizophrenia.

However, Itkin continued that internal company documents to be presented at trial would show that Janssen decided on a multibillion-dollar plan of aggressive expansion of the drug’s use, through off-label promotion and prescription of Risperdal to kids.

“Sales increased year-over-year and six million doses off-label were given to kids,” according to Itkin.

Itkin said the company accomplished this through a three-pronged plan in paying doctors with good reputations in their communities to advocate for Risperdal, sending sales representatives to doctors’ offices dozens of times to distribute free samples and get them to prescribe the drug and ensure that an article was published in a respected journal doctors would read extolling the benefits of Risperdal.

Itkin went on to say that INT-41, a “Special Attention Test” study, showed particular focus on the amounts of prolactin related to patients taking Risperdal. Itkin labeled the study results as “alarming” and showing that boys as young as 8 and 12 years old were at risk for contracting gynecomastia.

“Five-point-five percent of the kids got [gynecomastia in INT-41]. So the company said, ‘Let’s extend the study for a year.’ The numbers got worse. They went from 5.5 percent to 12.5 percent,” Itkin said. “This is a company at a crossroads: Safety of the children or the profits? They chose the profits.”

Itkin argued that three key misstatements from the company were that Risperdal didn’t raise levels of Prolactin, that gynecomastia was a rare risk and that the clinical significance here was unknown.

“This is a company past the crossroads, who has lost its way. As a jury, collectively, you will have the power to ensure this doesn’t happen again," Itkin said.

“Risperdal is prescribed for individuals with serious psychiatric conditions. Risperdal remains on the market and in pharmacies across the country,” Johnson said.

Johnson referred to the first trial involving Murray and said while that jury found the company negligently failed to warn of the drug’s side effect of gynecomastia, that had no bearing on this trial and did not mean Janssen needed to be punished with punitive damages.

“The burden here is on the plaintiff,” Johnson said.

Johnson explained that Risperdal was approved for adult use in 1993, but evolved in both dosage and to different patient populations. It was then approved for pediatric use in October 2006, and the label was updated to reflect that change. Risperdal’s label was last updated in 2007, according to Johnson.

“When Mr. Murray began taking the drug, that was before it was approved for pediatric use,” Johnson said.

Plaintiff attorney Thomas Kline objected on several occasions to mention of Murray’s name, arguing the issues involving him were already litigated and the only matter at hand here was the company’s conduct and the issue of punitive damages.

“Clinical trials in 1,885 children showed gynecomastia in 2.3 percent of kids and that it would elevate prolactin levels. That was all listed in the label of October 2006,” Johnson said, adding that label was last updated in October 2007, from post-market information and other sources.

Johnson took issue with the testimony of former FDA Commissioner Dr. David Kessler, an expert witness on behalf of the plaintiff in this case. In his deposition testimony, Kessler, also a former Dean of Yale Medical School, said the company’s conduct was “reckless and illegal.”

“It’s easier to criticize than it is to create. You’ll see that a lot in the testimony from Dr. Kessler,” Johnson stated.

Johnson argued that Risperdal was studied extensively, and the company did not act with either malice or evil intent, believing that its label adequately warned of the risk of gynecomastia in patients taking the drug.

“Janssen has not engaged in conduct that is evil, malicious or warrants punitive damages,” Johnson concluded.

After the jury was excused for a lunch break, defense attorney John D. Winter moved for a mistrial, based on plaintiff counsel’s allegedly incorrect and improper mention of the company’s “$3.3 billion in market sales” and net worth of “$60 billion.”

“You haven’t decided on the appropriate area of sales. They went well past that, recklessly and completely improperly. That bell can’t be unrung,” Winter said.

Winter continued that Itkin’s assertion that company CEO Alex Gorsky rose to that position based on his sales strategy surrounding Risperdal was improper also, as there was allegedly no evidence to support that.

“There were no objections made,” Powell said. “This objection is late.”

Kline countered that the numbers mentioned were provided by the company themselves.