Appeal in racism case against Dollar General; Man was arrested after dispute over change from cashier 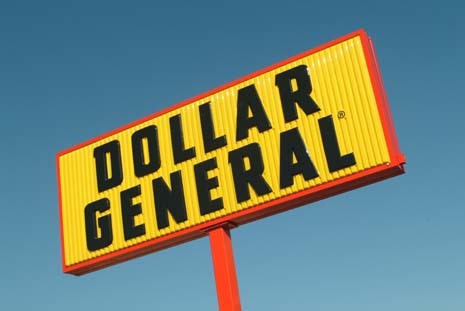 PHILADELPHIA – The case of a Philadelphia man who alleged he was falsely arrested and imprisoned after he challenged the amount of change he received from a Dollar General store cashier has been sent to the Superior Court of Pennsylvania.

On July 30, Philadelphia County Court of Common Pleas Judge Abbe F. Fletman granted summary judgment to the defendants, after a motion from them requesting same. The following week, on Aug. 7, plaintiff Donald Braswell appealed the case to the Superior Court.

In a Rule 1925(b) statement outlining matters complained of on appeal, counsel for Braswell expressed consternation as to the granting of summary judgment to the defendants, and said the defendants intentionally provided false information to the police resulting in his client’s arrest and additionally, provided false testimony at a preliminary hearing alleging Braswell had robbed the store – leading criminal charges to remain against him until his trial.

“Under Pennsylvania law, defendant’s actions in causing plaintiff to be arrested and incarcerated based on fraudulent information provided by that defendant constitutes false arrest and false imprisonment, as well as malicious prosecution,” attorney Martin Stanshine said on Aug. 28.

On Sept. 26, Fletman authored such an opinion and explained her rationale.

“Drawing all inferences in favor of Mr. Braswell, the evidence of record at best supports the inference that Ms. Wollard was mistaken about the details of the altercation, and thus gave mistaken information to Officer Hayden. At this stage, Mr. Braswell bore the burden of producing evidence tending to prove Ms. Wollard’s malicious mental state in giving the statement to Officer Hayden, and failed to meet this burden…in sum, because Mr. Braswell failed to produce evidence that Ms. Wollard acted with malice or without probable cause, this Court’s grant of summary judgment…was proper.”

On Feb. 21, 2017, Braswell said he was shopping at the Dollar General store on Street Road in Bensalem and after picking up a bag of cat food, went to the cashier, defendant Wollard, and gave her a $20 bill to pay for the cat food. The bag of cat food cost $6.99 and thus, Braswell states he was due change of $13.01.

However, Braswell said Wollard gave him $3.01 worth of change, instead of the correct amount of $13.01, that he noticed the error when walking out of the store, then walked back to Wollard to explain the error, the suit says.

In response, Wollard claimed Braswell only handed her a $10 bill instead of the $20 bill he had actually given her, but the plaintiff believes Wollard knew she was given a $20 bill and deliberately shorted Braswell on the change, the suit says.

Wollard eventually agreed to go to the store’s office to check the surveillance video of the purchase and after doing so, again claimed Braswell had only given her a $10 bill, even though the video showed Braswell handed Wollard a $20 bill, the suit says.

At that point, Braswell called the police and asked Wollard if he could view the video himself. Upon doing so, Braswell says he noticed the money he gave Wollard was in fact a $20 bill and remarked to the cashier, “You don’t see that?"

The suit says Wollard held the $10 bill change due to Braswell, an African-American, in her hand and used a racial epithet, allegedly stating, “N–er, I’m not giving you back nothing”, at which time Braswell took his $10 bill change and the cat food he bought, and walked out of the store.

After leaving Dollar General, Wollard called the police and is said to have falsely claimed Braswell had robbed her and took $10 that belonged to the store from the cash register, even though neither of those facts were true. As a result, Braswell was arrested and charged with robbery and theft.

Due to the false arrest, Braswell was unable to make bail and was incarcerated for four-and-a-half months, losing a job he was about to obtain with Greyhound Bus Company and lost his Cadillac Escalade, because of missing five payments on the vehicle while in custody, the suit says.

“Based on information received, plaintiff believes and therefore avers that defendants – Melody Wollard – had a history of shortchanging customers and, consequently, believes and avers that the shortchanging of plaintiff by defendant was intentional. The above-described actions of defendants constitute false arrest, false imprisonment, malicious prosecution and defamation. On June 23, 2017, the District Attorney – having reviewed the evidence and the video of the incident – withdrew all charges against plaintiff,” the suit said.

The plaintiff is seeking compensatory and punitive damages, jointly and severally, in an amount in excess of $50,000, plus all reasonable costs and fees the Court may permit.

The plaintiff is represented by Martin Stanshine of Stanshine & Sigal, in Philadelphia.