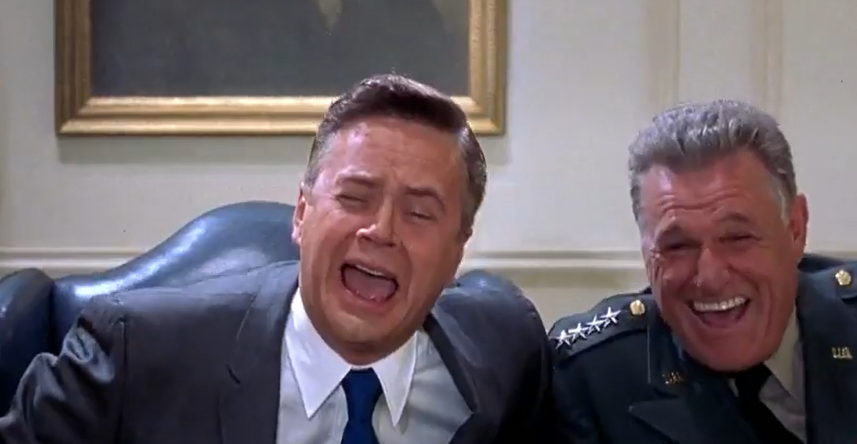 It’s hard to decide which scene is the greatest of Tim Robbins’ career, considering he’s appeared in movies such as The Shawshank Redemption and Mystic River (not to mention the battle of newsrooms in Anchorman) during a 35-year, Oscar-winning career.

We wish one of his characters had played the judge in a recent Philadelphia trial at which jurors had to decide if a Maryland man who alleged breast-growing side effects from Johnson & Johnson’s Risperdal was entitled to punitive damages. The verdict was laughable: $8 billion.

The judge in charge should have reacted like Robbins did in the second Austin Powers movie (declared by the Youtuber who uploaded it to be the greatest scene of his career), when Robbins, playing the president, laughs in disbelief at Dr. Evil’s $100 billion extortion demand.

“Dr. Evil this is 1969. That amount of money doesn’t even exist! That’s like saying, ‘I want gajillion bajillion dollars!’” he yells to a room of cackling aides.

Though J&J has access to $8 billion, it certainly can’t pay that to all 7,000 plaintiffs who have cases pending in Philadelphia. Applying this to the first lucky few who get punitive damages trials would put the company out of business and shut everyone else out.

Not to mention the original compensatory damages verdict was only $680,000. Wait a minute… opening calculator… checking ratio of punitives to compensatory...

That’s a ratio of 11,765:1! The civil justice system doesn’t permit that, or anything close to that. Even California won’t allow awards exceeding 10:1.

Reed Smith attorney James Beck told us the ruling is another “black eye” for the city’s reputation, as it pertains to businesses that have to fight lawsuits there. Of course, the ruling won’t stand.

But it does give plaintiffs lawyers leverage to increase their settlement demands, either on behalf of this plaintiff or for all plaintiffs (a Philadelphia-fueled global settlement happened in Xarelto litigation even though the defense kept winning trials).

Judge Kenneth Powell should have laughed like President Tim Robbins when this amount was announced, but J&J says he was too busy high-fiving jurors. If appellate courts order a retrial, we hope the sequel is a lot more serious.