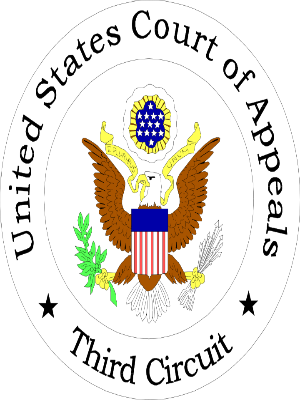 PHILADELPHIA – A federal appellate court has ruled that a law firm’s insurance provider is not required to defend it from litigation initiated by a disgruntled former client of the firm.

In an action appealed from the U.S. District Court for the Western District of Pennsylvania, a panel of judges from the U.S. Court of Appeals for the Third Circuit ruled on Nov. 8 that Westport Insurance was under no obligation to provide indemnification and defense for the law firm of Hippo Fleming & Pertile (HFP), along with its partner, Charles Wayne Hippo Jr.

On July 24, 2015, Gregory Morris and Morris Management, Inc. (collectively, “Morris”) filed an 11-count complaint against Hippo and HFP in a Pennsylvania state court. The lawsuit originated with Hippo’s prior legal representation of Morris, which included counseling on a variety of real estate deals Morris wished to pursue.

In addition to his legal work in the real estate area, Hippo was also involved with his own real estate investments. He owned substantial interests in Templar Development, LLC and Templar Elmerton, LLC (collectively, “Templar”).

“In its complaint, Morris alleges that Hippo was disloyal, and that he prioritized Templar’s interests. Specifically, Morris alleges Hippo conspired with a Morris executive to divert opportunities away from Morris for Templar’s benefit, including by engaging in disloyal actions concerning an aborted shopping center project. Morris also alleges that Hippo and Templar poached several employees from Morris,” Scirica said.

In reply to Morris’s lawsuit, HFP and Hippo asked their liability insurer, Westport, to both defend and indemnify them. However, Westport ultimately refused and brought the instant declaratory judgment action – further moving for summary judgment through arguing it is not obligated to defend against the Morris lawsuit based on language in the insurance contract, which excludes coverage for any “claim based upon, arising out of, attributable to or directly or indirectly resulting from any Insured’s activities” arising from involvement with a company “other than the Named Insured” (titled the “Outside Business Exclusion”).

HFP and Hippo conceded that counts III-XI of the Morris lawsuit were, in isolation, outside the scope of the insurance policy, but argued that counts I and II were covered by the policy, thus necessitating Westport to defend against all counts

“The District Court granted summary judgment on Counts I and II, which alleged legal malpractice by Hippo and breach of the legal services contract, finding ‘each count in the Underlying suit alleges that Hippo acted to benefit his own business interests to Morris’s detriment,’ and that an analysis of the complaint ‘leads to the conclusion that the Outside Business Exclusion applies to all counts in the Underlying Suit as a matter of law, therefore excluding coverage,” Scirica said.

Though HFP and Hippo argued Westport had a duty to defend because “parts of Morris’s complaint are unrelated to Hippo’s alleged Templar activities”, Scirica said the appellate court believed the District Court “correctly interpreted the parties’ insurance contract.”

Scirica stated that under Pennsylvania law, courts interpret insurance contracts according to their plain meaning and although ambiguous insurance contracts must be “construed in favor of the insured,” courts must honor a “clear and unambiguous” policy exclusion – and in this case, the District Court noted the Outside Business Exclusion was “broad.”

“If Morris’s claims are related to Hippo’s Templar activities, directly or indirectly, Westport is off the hook,” Scirica said.

According to the Third Circuit, the defendant’s Templar-related activities were at the crux of the action.

“HFP and Hippo argue that Counts I and II of the Morris complaint arise ‘primarily, if not exclusively, as a result of the alleged breach of the standard of care” attorneys owe their clients, and that there is no “underlying inextricable link” to Hippo’s Templar-related activities. But an examination of Morris’s complaint makes clear that Hippo’s Templar-related activities are at the center of both counts.

Scirica explained while HFP and Hippo also argued they could be liable for the legal malpractice and breach-of-contract claims in counts I and II based on facts that would not trigger the Outside Business Exclusion, the facts alleged in the complaint are “inextricably intertwined with Hippo’s Templar activities.”

“In short, we agree with the District Court that, under the insurance contract, counts I and II are ‘based upon, arising out of, attributable to or directly or indirectly resulting from’ Hippo’s Templar involvement, App’x 149, so Westport has no duty to defend,” Scirica concluded.

The plaintiffs were represented by Rodger L. Puz and Gregory C. Michaels of Dickie McCamey & Chilcote in Pittsburgh, plus Robert P. Conlon and Scott T. Stirling of Walker Wilcox & Matousek, in Chicago, Ill.

The defendants were represented by Warren L. Siegfried and Richard S. Canciello of Wayman Irvin & McAuley in Pittsburgh.