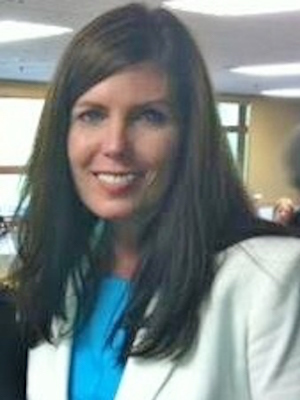 In his six-page memorandum issued Nov. 5, U.S. District Court Judge Harvey Bartle III ruled that plaintiffs are not entitled to the communication because Kane and an investigator did not raise a defense the plaintiffs claim they did.

"Defendants represent in their response to plaintiffs' motion to compel that they are not raising an advice-of-counsel defense," Bartle said in his memorandum. "We agree that defendants have not done so. Based on defendants' representation, they are of course estopped from doing so hereafter."

"The crux of plaintiffs’ action against Kane is that she retaliated against them for criticizing her in connection with the (former Penn State football coach Jerry) Sandusky controversy," the memorandum states. "Plaintiffs allege that the emails Kane selected for release to the media were sent or received by employees who had either spoken out against Kane in connection with the Sandusky Investigation or were friends or professional associates of the plaintiffs."

Kane, Pennsylvania's first female AG upon her election in 2012, spent her time in office battling obstruction of justice and other allegations over a number illegal activities. A egal reform advocacy group called Kane "a laughingstock" and the worst state attorney general in the nation following allegations of perjury and leaking secret grand jury material to a reporter and lying about it.

Her law license was suspended in September 2015 and Kane resigned in August 2016 after being found guilty on all nine counts against her.

The following October, a Montgomery County court judge sentenced Kane to 10 to 23 months and she was led away in handcuffs.

In May of last year, the Superior Court of Pennsylvania affirmed Kane's conviction, rejecting her arguments that the special prosecutor in the case lacked legitimacy. The Pennsylvania Supreme Court turned down Kane's appeal and she was ordered to begin serving her jail sentence the following November

Kane was disbarred this past May.

She was released from jail in July after receiving time off for good behavior.

While those charges against Kane and her eventual jail time continued, so also did Family and Medical Leave Act suits and other litigation against Kane by state law enforcement officials.

In January 2017, a judge on the U.S. District Court for the Middle District of Pennsylvania dismissed an FMLA claim against Kane by Bureau of Criminal Investigation special agent Kevin Wevodau. Wevodau had provided information in the lead up to Kane's corruption conviction.

In the most-recent memorandum in the case, Bartle agreed with Kane that she did not place advice of counsel in issue concerning emails that were turned up in a 2013 investigation regarding the attorney general office's handling of the investigation of Sandusky.

"They have not pleaded advice of counsel as an affirmative defense nor have they discussed the substance of any attorney communication or work product to rebut an essential element of any of plaintiffs' claims," the memorandum said. "Rather, defendants simply responded to plaintiffs' interrogatories and Kane simply responded to questions asked of her by plaintiffs' counsel at her deposition that she consulted with her counsel before she made her decision to release the emails."

Pennsylvania Office of the Attorney General • U.S. District Court for the Eastern District of Pennsylvania