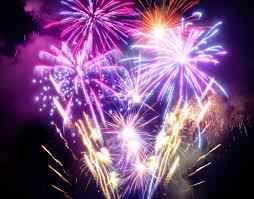 PITTSBURGH – An Indiana man says that he acted in a reasonable fashion and is not responsible for a New York resident who permanently lost his sight in an alleged fireworks mishap in Westmoreland County more than two years ago.

Samuel Breslin of Albany County, N.Y., initially filed a complaint on Jan. 7 in the U.S. District Court for the Western District of Pennsylvania against Adam Wagner of Marion County, Ind., alleging improper placement and ignition of fireworks.

According to the complaint, the plaintiff alleged that on Jan. 15, 2017, the parties were at a social gathering in Rector. As a result of defendant’s alleged carelessness, Breslin was struck by the fireworks in the eye and face.

He allegedly suffered broken facial bones, permanent loss of sight and was rendered permanently disabled and incapacitated from attending his usual duties and activities for some time.

The plaintiff held Wagner responsible because the defendant allegedly negligently ignited fireworks within close proximity of the residence and upon an uneven and/or frozen ground and while under the influence of alcohol.

The plaintiff requested a trial by jury and seeks compensatory damages in the sum of $2 million and such other just and proper relief.

On March 15, Wagner and his counsel filed a reply to Breslin’s complaint, charging that he failed to state a claim upon which relief may be granted, that it is barred by the applicable statute of limitations, and that the plaintiff was contributorily negligent to causing his own injuries.

Subsequently, the parties agreed to alternative dispute resolution and mediation, where the case currently remains pending – as no mutually-acceptable resolution has yet been arrived at.

The plaintiff is represented by Ryan Donovan of Harris Conway & Donovan in Albany, N.Y and Joshua P. Geist of Goodrich & Geist, in Pittsburgh.

The defendant is represented by Brian S. Kane and Claire M. Milinski of Burns White, also in Pittsburgh.