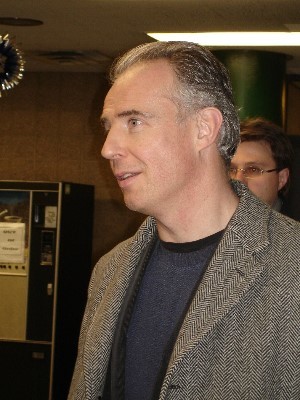 PHILADELPHIA – The 28 year-long legal odyssey surrounding the pursuit of a multimillion-dollar Liberian judgment has resulted in a settlement filed under seal, reached in a Philadelphia federal court.

On Oct. 3, U.S. District Court Judge Paul S. Diamond stated that a sealed settlement had been reached between Cigna Worldwide Insurance Company and respondent Garrett Kelleher, an Irish real estate magnate. He had expressed his intention to levy a $15 million judgment upon a prominent Irish real estate developer funding the case, if a settlement had not been reached by the end of September.

Two days prior, Kelleher had been dismissed from the litigation, after CWW made such a request via letter. Then, all parties motioned the court for their settlement to be filed under seal.

“At the Court’s request, Cigna Worldwide Insurance Company, Chubb Limited, and Garrett Kelleher jointly move the Court for an Order permitting the filing under seal of the unredacted version of their settlement agreement,” the motion read.

No information as to the amount of the settlement is publicly available.

The resolution finally brought to an end an entangled litigation history that spanned the better part of 30 years.

After a jury verdict for AJA, U.S. District Court Judge Thomas O’Neill reversed its findings and entered a judgment in favor of CWW, finding the property damage was subject to the policy’s war risk exclusion.

However, AJA later refiled the case against CWW in a Liberian court and won a judgment of $66.5 million in 2000. When AJA tried to enforce the judgment, O’Neill issued an injunction in 2001, prohibiting any and all attempts to collect the $66.5 million judgment award in question.

Judge Diamond says Martin Kenney, a dual Irish and Canadian citizen based in the British Virgin Islands who practiced as a fraud and asset recovery lawyer, and Samuel Lohman, a United States citizen and a member of the Oregon Bar with an office in Switzerland, “acted in concert to violate O’Neill’s injunction.”

In February 2005, Kenney and Lohman formed CC International Ltd., an entity to “obtain access to a court of neutral jurisdiction to determine the validity of their claims” – such as the enforceability of the $66.5 million Liberian judgment.

In return for CCI stock, AJA assigned CCI title to rights to receive proceeds from the enforcement of the enjoined Liberian judgment.

In November 2008, CWW filed a motion for contempt against AJA, a Liberian receiver, Lohman and others for violating O’Neill’s injunction.

Judge Diamond previously said the actions of AJA and the respondents it recruited “made repeated efforts to contravene this Court’s judgment, nullify this Court’s injunction, and defy this Court’s orders,” actions Diamond labeled as “an affront to the Courts of the United States.”

In August 2016, CWW counsel detailed the compensatory relief damages sought from AJA and contemnors Lohman and Kelleher in this action as $14.6 million, with Kenney being limited to a maximum amount of $10.4 million, if found jointly and severally liable along with Kelleher.

Less money was sought from Kenney due to his previous payment of certain costs for litigation heard in the Cayman Islands with Chubb (formerly ACE). Though it paid a comparatively smaller amount in legal fees for Chubb attorneys assisting in the Cayman action, Chubb is paying CWW’s larger legal fees in the Pennsylvania matter.

In December 2016, Lohman settled with CWW for the amount of $225,000 and was dismissed from the litigation. The following February, Diamond issued a warrant charging Kenney and Kelleher with criminal contempt for failing to appear at the Dec. 14, 2016 damages hearing.

In May 2017, Diamond explained he received letters from CWW and Kelleher, indicating that they were engaged in settlement negotiations. But on June 23, 2017, Kelleher’s counsel filed a letter arguing, for the very first time, that Kelleher should not be held in contempt because, until contempt proceedings began, he did not know about the 2001 injunction.

That November, Diamond received correspondence from CWW and Kelleher that settlement negotiations had broken down at that time.

“Nearly six months later, on May 2, 2018, Kelleher filed [a] motion to reopen the contempt proceedings so that he could raise defenses he had previously refused to raise, and to allow him to provide additional evidence, add new contemnors, and re-assess contempt damages,” Diamond stated.

“CWW opposed Kelleher’s motion, arguing that Kelleher ‘refused to respond to CWW’s discovery requests’ and ‘had every opportunity to provide the ‘evidence’ he now proffers.’ On July 24, 2018, I withdrew and dismissed Kenney and Kelleher’s criminal contempt warrants without prejudice ‘to enable them to engage in the civil process and appear as required.”

On Aug. 13, 2018, Diamond convened a hearing on Kelleher’s omnibus motion. This time, Kelleher appeared in person, represented by counsel. At that hearing’s conclusion, Diamond ordered Kelleher to surrender his passport and remain in the Eastern District of Pennsylvania until he complied with CWW’s discovery requests.

“Kelleher objected, stating that he could not ‘produce documents that [were] located in his office in Dublin,’ if confined to Pennsylvania. I overruled his objection. He repeatedly (and dishonestly) alleged that while he remained in this District, he had no access to his documents. He also attempted to vacate or modify the discovery order three more times. Finally, he complied with CWW’s discovery requests, and I released his passport on Sept. 5, 2018,” Diamond said.

On Sept. 19, 2018, CWW filed a supplemental brief opposing Kelleher’s omnibus motion, arguing that his discovery responses both confirmed his culpability and demonstrated that there was no need to reopen the contempt proceedings.

This past March, Diamond denied Kelleher’s motions for relief and additional discovery regarding CWW’s service efforts of the lawsuit as moot. As settlement negotiations wore on, extensions were granted to arrive at the agreement which was ultimately finalized in October.

U.S. District Court for the Eastern District of Pennsylvania • Cigna