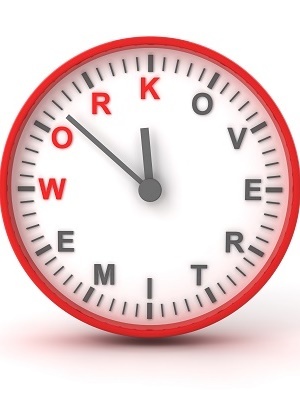 HARRISBURG – A recent proposal championed by the state to determine the overtime compensation of employees throughout Pennsylvania has also been met with opposition from a statewide business group that claims unsustainable cost increases and other issues make the proposal in its current form untenable.

If approved by the Independent Regulatory Review Commission, the state says the new proposed regulation would expand eligibility for overtime to 143,000 people and strengthen overtime protections for 251,000 more, for a grand total of 394,000 workers who would potentially benefit from the updated overtime rules.

According to the state, due to overtime compensation rules not being updated in more than 40 years, a salaried worker earning as little as $23,660 per year, below the poverty line for a family of four, can work more than 40 hours per week and not be guaranteed overtime pay at time-and-a-half.

“This final regulation ensures that employees who work overtime are fairly and fully compensated for their labor in accordance with the original intent of the Pennsylvania Minimum Wage Act,” the state said in its proposal.

A previous proposal for adjusted overtime compensation rates made last year met criticism from the Independent Regulatory Review Commission, which felt it “lacked justification” to support a move to such a high salary threshold.

Subsequent to the commission’s criticism and a summer tour consulting business leaders, the state’s Department of Labor & Industry went back to the drawing board to create a new version of the proposal.

In Pennsylvania’s latest proposal, the salary threshold that employees in executive, administrative and professional occupations must meet to be entitled to overtime would begin at the new federal salary threshold, which is $684 per week or $35,568 annually. In the first year, that would then increase to $875 per week or $45,500 annually by 2022. Employees whose salary is less than that amount are entitled to overtime pay.

Every three years after 2022, the threshold would be updated automatically.

The state’s proposed pay threshold would be gradually increased to the 2022 rate, as seen here:

The federal government’s overtime rule, finalized in September and set to become official on Jan. 1, sets the salary threshold at $35,568.

The Pennsylvania Chamber of Business and Industry, a statewide business advocacy organization, has opposed the proposal in both of its incarnations.

“Pennsylvania’s overtime laws are unintentionally and unnecessarily inconsistent with federal overtime laws, which creates confusion and considerable risk for employers who follow the law and genuinely believe to be in compliance,” said Alex Halper, the Chamber’s Director of Government Affairs.

“The PA Department of Labor & Industry has acknowledged this problem and expressed a desire for better alignment; unfortunately their overtime proposal falls short of this objective.”

Chamber President & CEO Gene Barr said the newest proposal is only "minimally different" from the first one, despite opposition from nonprofits, higher education institutions, local governments and small businesses, among others "who described unsustainable cost increases and harm to workplace morale as employees are forced to be shifted from guaranteed salaries to hourly clock-in, clock-out positions."

“Hundreds of opposition comments were submitted to the Independent Regulatory Review Commission, which ultimately echoed many of the same concerns and directed the Department to re-engage with stakeholders," Barr said.

Barr added meetings were held around the Commonwealth with employers from various professions who shared their perspective on the “unintended, but profoundly harmful, impact of this proposal," which included publicly funded nonprofits who may be forced to limit services to residents in need, in response to the proposal.

“Unfortunately, these concerns were largely disregarded in the Department’s latest version of the rule. We urge the Independent Regulatory Review Commission and lawmakers to consider the true impact of this proposal and reject it,” Barr concluded.

The final regulation must be approved by the Independent Regulatory Review Commission before it takes effect.

Want to get notified whenever we write about Pennsylvania Chamber of Business and Industry ?

Sign-up Next time we write about Pennsylvania Chamber of Business and Industry, we'll email you a link to the story. You may edit your settings or unsubscribe at any time.

Pennsylvania Chamber of Business and Industry