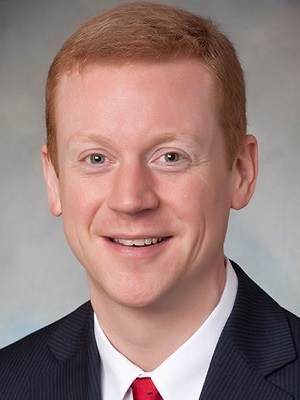 PHILADELPHIA – A prolific expert witness on construction matters has settled his appeal of a judge's order that required him to pay more than $22,000 for refusing to be videotaped during a deposition and after allegedly calling the judge an "asshole."

On Sept. 23, a settlement order was issued in Ruehl v. S.N.M. Enterprises, Inc. in the U.S. Court of Appeals for the Third Circuit. It stipulated that the matter was dismissed with prejudice and without costs against any party, without disclosing the terms of the settlement.

The original sanctions order, issued over a year ago in Pennsylvania federal court, said Michael Panish called the judge who ordered his deposition be videotaped, “Some asshole judge.”

U.S. Magistrate Judge Martin C. Carlson, the judge in question, had refused Panish’s request for a protective order in a wrongful death case. Panish, who heads Panish Construction Corp., described himself as a nationally recognized expert on construction and claims to have worked on more than 1,000 cases.

Panish was hired by the firm Bordas & Bordas to undertake an emergency inspection, linked to a wrongful death lawsuit involving automatic sliding doors at the Hampton Inn in Gettysburg. However, the relationship soured over whether the subsequent deposition would be videotaped.

Panish said he told the Bordas firm at least 18 times that he would not agree to be videotaped.

“It is unconscionable that the Bordas law firm allowed the issue to fester until March 2017 when the firm could have, and should have, secured a substitute liability expert early in the case or seek permission from the Court to extend discovery to do so,” Panish’s lawyers wrote.

Once the deposition was scheduled, Panish claimed to be stricken with laryngitis.

Defense counsel filed for sanctions, and the Bordas firm joined in.

Fighting back, Panish received little support from Carlson, who ordered him to pay more than $22,000 in sanctions. Carlson’s order includes the following passage:

“(W)hen notified by plaintiffs’ counsel following the court’s conference call with the parties that the court had denied his request for a protective order which would have forbidden this videotaped deposition Mr. Panish replied: ‘I don’t care about you or her [the decedent plaintiff, Shirley Ruehl] or some asshole judge.’”

Panish’s Standard Rate Sheet stipulated that he not be videotaped. Bordas attorney Chris Regan claimed the firm didn’t receive that sheet for more than two years.

Regan said Panish asked that the Bordas firm obtain a $10 million bond from Lloyd’s of London to protect Panish in the event the video were ever released, claiming possible damage to his reputation and business.

“At that point I realized that regardless of his credentials to discuss automatic doors, in regard to the deposition Mr. Panish was adopting the posture of a crank – making grandiose statements and demands for impossible things to be done as a tribute to the self-regard he apparently desired to demonstrate by refusing to be reasonable about the situation,” said Regan, who works out of the firm’s main office in Wheeling, W.Va.

Indeed, Regan scribbled some notes as his concerns grew. His pad was introduced as an exhibit and includes the “asshole judge” remark, as well as Panish claiming Carlson has his “head up his ass.”

Panish said there are two reasons why it was inappropriate for the court to sanction him:

“First, Mr. Panish was not subpoenaed by defendant’s counsel to testify at deposition,” his lawyers wrote. “For reasons only known to the Bordas law firm, the firm withheld defendant’s notice to take Mr. Panish’s deposition for three weeks before it provided the notice to Mr. Panish.

“It is reasonable to infer under the circumstances that the Bordas law firm wanted to avoid confronting the reality of the fact that it had known for three years that Mr. Panish would not permit his deposition to be videotaped.

“Second, neither plaintiff nor defendant moved for an order compelling Mr. Panish to testify at deposition. Even if either party had done so, it is respectfully submitted that this Court could not compel Mr. Panish’s deposition as his engagement with the Bordas law firm set forth the terms and conditions of his retention.

Carlson wrote that Panish’s desire to stay off camera is an “odd and speculative concern that his visage and words would be digitally altered by unknown sinister actors.”

“Indeed, when plaintiffs’ counsel appealed to Panish’s conscience by noting that the family of the deceased plaintiff, Shirley Ruehl, was counting upon his testimony and assistance, Panish responded in a manner that was cold, calculating and cruel, reportedly stating that: ‘Nothing will bring her back so who gives a s**t,’” Carlson wrote.

Panish appealed the sanctions ruling to the U.S. Court of Appeals for the Third Circuit.

On July 8, the parties filed a joint motion that says the matter will be settled as long as the two rulings that ordered the sanctions be vacated. Financial terms of the proposed settlement were not disclosed, before the matter was finally settled in September.