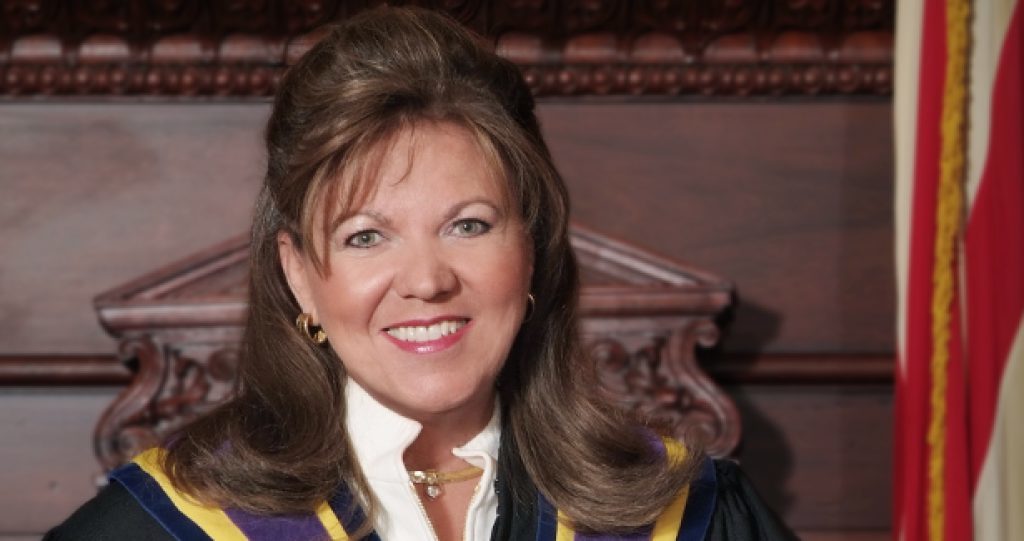 PHILADELPHIA – An ex-Supreme Court of Pennsylvania justice who has made attempts to have her criminal convictions for corruption dismissed has lost at the federal appellate level.

On Jan. 14, the U.S. Court of Appeals for the Third Circuit affirmed a decision from the U.S. District Court for the Western District of Pennsylvania, which ruled not to dismiss Joan Orie Melvin’s prior convictions for misapplication of entrusted property and criminal conspiracy.

Third Circuit Judge Paul B. Matey authored the Court’s recent opinion on behalf of himself, Kent A. Jordan and Stephanos Bibas – who chose to not only affirm Orie Melvin’s convictions, but added the Court did not have the proper jurisdiction to rule on her petition to dismiss another count on which she was convicted (for diversion of services).

The decision remanded that question to U.S. District Judge Mark R. Hornak of the U.S. District Court for the Western District of Pennsylvania.

In 2013, Orie Melvin, 63, was found guilty in the Allegheny County Court of Common Pleas on charges of misapplication of entrusted property and criminal conspiracy.

“One law clerk testified to personally taking campaign checks to the bank to deposit. And citing the trial court’s findings, the Commonwealth also highlights that some employees testified to spending a considerable percentage of their workday devoted to political tasks, rather than performing the tasks related to the public jobs they held.”

Also convicted in criminal proceedings connected to the charges were the former justice’s sisters, ex-state senator Jane Orie and her own judicial aide, Janine Orie.

“Orie Melvin appealed her convictions and sentence in state court with minimal success. She then sought a writ of habeas corpus under 28 U.S.C. Section 2254 before the District Court, which rejected her petition on the merits. We granted her a limited certificate of appealability,” Matey stated.

Orie Melvin argued the state judiciary and, more specifically, individual judges themselves, create the rules governing use of office space, staff, and resources.

The former judge added that a violation of those rules is subject to penalties imposed by the judiciary; therefore, predicating criminal liability on workplace rules invites “arbitrary enforcement, in violation of her right to due process.”

In her petition to the federal appellate court, Orie Melvin further argued her convictions violated her due process because they were based on “internal workplace guidelines,” but the appeals court panel disagreed.

“In all, Orie Melvin’s arguments do not satisfy her high habeas burden. The criminal statutes under which Orie Melvin was charged and convicted exist independent of any internal judiciary workplace rule. And her conviction arises from criminal statutes, not for violating the internal rules,” Matey said.

Moreover, the Third Circuit judges said that it did not have the proper jurisdiction to rule on Orie Melvin’s challenge to her conviction on diversion of services, because she was not incarcerated or confined on that count.

Per the Third Circuit decision, “A federal court has jurisdiction to hear a habeas petition only if the petitioner is ‘in custody’ under the judgment of a state court in violation of the Constitution or laws or treaties of the United States.”

Orie Melvin “was determined guilty but sentenced ‘without further penalty’ on count two of her diversion of services convictions,” the Court said.

“We will thus vacate and remand count two of her diversion of services convictions with instructions to dismiss for lack of jurisdiction. We will otherwise affirm the District Court’s denial of Orie Melvin’s petition for writ of habeas corpus.”