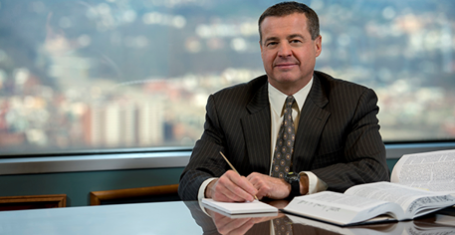 It’s a lesson we learn every February, after our New Year’s resolutions fail: Try hard enough, and you can rationalize just about anything.

Ever eaten a piece of cake because you worked out three days earlier? Ever given up on sobriety simply because you had a tough day? Ever put off getting organized because you have some free time coming and you’ll do it then?

Four justices voted last year to strike down a 2002 law because they didn’t feel it was “important.” By doing so, med-mal lawyers will now have 12 years to file their cases instead of the seven mandated by the law.

Those justices say the seven-year statute of repose was not substantially related to an “important” government interest and struck it down. Colleagues on the court were confused by the reasoning.

“(I)t is not this court’s role to upend duly enacted legislation simply because we might sometimes deem it imperfect or wise,” wrote Justice David Wecht in his dissent. He said the rationale of the 4-3 majority imposed a standard “that neither the text nor the history of our Constitution supports.”

At least the dieter who eats an entire pizza might feel remorse and go back to salads. But the majority - Sally Mundy, Christine Donohue, Kevin Dougherty and Debra Todd - recently voted not to reconsider their rationalization.

The message to legislators is clear: We can do whatever we want to the laws you come up with.

This power-play comes at the expense of patients. As Wecht wrote in his dissent: “One need not be an expert in the economics of the insurance industry to understand that the cost of insurance coverage corresponds generally with the insurer’s own costs, which will decrease when fewer aged claims are filed.”