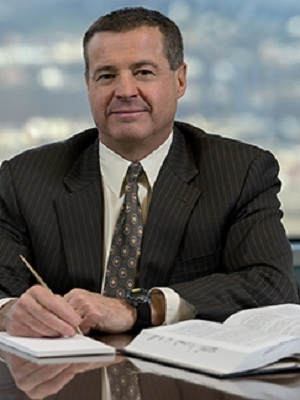 PITTSBURGH - The University of Pittsburgh Medical Center and other defendants in a medical malpractice lawsuit over a failed liver transplant in 2003 will have to fight that litigation after a sharply split Pennsylvania Supreme Court threw out a seven-year time bar.

In its 4-3 opinion issued Oct. 24, the court ruled that the time bar, called "the statue of repose" that was part of the Medical Care Availability and Reduction of Error Act that passed in 2002, is unconstitutional.

The high court's decision reversed the Superior Court's ruling in favor of UPMC in July 2017 that affirmed an Allegheny County Court of Common Pleas decision the previous August. Both courts found that Christopher Yanakos, his mother Susan Yanakos and his father William Ronald Yanakos had waited too long - 12 years - to file their case.

"Because we conclude the seven-year statute of repose is not substantially related to an important government interest, we reverse the Superior Court's order affirming the trial court's grant of judgment on the pleadings and remand for further proceedings," the Supreme Court said in its 20-page opinion.

The high court's majority decision means the Yanakoses may proceed with their medical malpractice case against UPMC and two of the Pittsburgh-based health system's physicians, appellees before the Supreme Court. The Yanakos are seeking damages over the liver lobe donation from Christopher Yanakos to his mother. The two later discovered that they both suffer from the same genetic liver disease, Antitrypsin Deficiency (AATD).

"In their complaint, the Yanakoses raised claims for battery/lack of informed consent, medical malpractice, and loss of consortium," the opinion said. "The Yanakoses alleged that they did not discover appellees' negligence until eleven years after the transplant surgery, when additional testing revealed that Susan still had AATD, which the transplant should have eliminated."

In his dissent, Justice Wecht said he was "unable to agree" to agree with the majority because the concurring justices "flout" the state legislature's policymaking authority. Wecht also argued in his dissent "it is not this court's role to upend duly enacted legislation simply because we might sometimes deem it imperfect or unwise."

Wecht also claimed that the majority opinion was essentially "constitutionalizing and imposing a standard that neither the text nor the history of our Constitution supports."

"Because existing jurisprudence supplies a different standard, and because it is not this court's role to upend duly enacted legislation simply because we might sometimes deem it imperfect or unwise, I must respectfully dissent."

In her own dissent and concurrence, Justice Donohue said she disagreed with the majority opinion's conclusion that right of remedy guarantees in the state Constitution are "not a fundamental right mandating the application of strict scrutiny to an infringing statute."

"I agree with the lead opinion that the legislative branch plays a role in guiding the development of the law," Donohue continued in the dissent portion of her own opinion. "However, for the reasons discussed in this opinion and contrary to the lead Opinion, I cannot agree with any effort to demote, for the first time, our inviolate Article I, section 11 rights to mere 'important' status."

The lead opinion addressed some of the dissent and said the legislature, in creating the statue of repose, failed to cite statistics about how many malpractice suits general are filed seven years after an alleged injury. The state legislature also offered no support for how a seven-year time bar would reduce professional liability insurance costs, according to the lead opinion.

"The dissent mischaracterizes our review as imposing a requirement on the legislature to provide evidence in support of its legislation," the lead opinion said. "To be clear, appellees have the burden to show the challenged statute of repose passes intermediate scrutiny. The legislative history could be a source of evidence establishing a substantial relationship. However, here, the legislative history does not demonstrate any justification for the seven-year statute of repose."