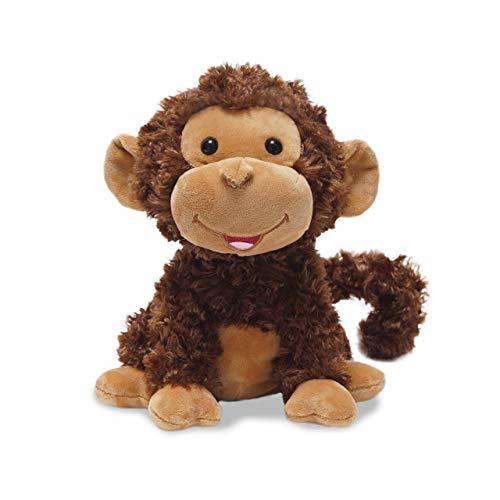 PITTSBURGH – A man who was fired from his bank job two years ago for, he says, inappropriately displaying a monkey in the workplace on Dr. Martin Luther King Jr. Day is now taking his case to the U.S. Court of Appeals for the Third Circuit.

Dollar Bank, headquartered in Pittsburgh, is a regional bank that services southwestern Pennsylvania and northeast Ohio.

Hennessey’s allegations of racial and age discrimination against Dollar Bank were initially filed with the Equal Employment Opportunity Commission, which issued Hennessey, who is white, a right to sue.

Hennessey was employed at Dollar Bank from June 2000 until he was fired in January of 2018.

“After working as a senior teleprocessing technician from June 2000 until June 2005, he became a senior computer operator in June 2005 and worked in that position until his termination in January 2018,” Dodge’s memorandum said.

In January 2018, Hennessey hung a stuffed monkey he’d purchased from a store’s Valentine’s Day display by the fabric fastener on its paws from a wire rack in the computer room on the Martin Luther King Jr. holiday

“At the time he purchased it, the plaintiff told his wife he thought the monkey would look cute hanging from the rack. Although he had taken decorations into work before, neither plaintiff nor anyone else had ever hung any decorations from the wire rack,” the memorandum said.

The hanging stuffed monkey offended some, though not all, of Hennessey’s African-American co-workers, according to the memorandum.

Hennessey stated “he was unaware that monkeys can be a derogatory image for African-Americans.”

Hennessey was summarily fired for violating the bank’s code of conduct and harassment policy following a bank Human Resources investigation during the latter half of January 2018.

In its motion for summary judgment, Dollar Bank claimed Hennessey could not maintain a prima facie case of reverse discrimination, because he had not pointed to similarly situated non-white employees who received more favorable treatment or to circumstances that would support an inference of unlawful discrimination – and that Dollar Bank provided a legitimate, nondiscriminatory reason for Hennessey’s firing.

Hennessey countered that he did offer a prima facie case of discrimination “both because there is no heightened standard for reverse discrimination claims and because Dollar replaced him with an African-American employee”, and further asserted that he provided sufficient pre-textual evidence to preclude summary judgment.

The Court concluded that Hennessey failed to provide evidence of inferred reverse racial discrimination had been “more likely than not” a cause of his firing.

“Even assuming for the purposes of this opinion that plaintiff has established a prima facie case of reverse discrimination, Dollar articulated a legitimate nondiscriminatory reason for its actions, that is, plaintiff was terminated for inappropriately displaying a brown monkey in the workplace,” according to Dodge.

On Dec. 20, Hennessey, through his counsel, filed an appeal to the Third Circuit appeals court over Dodge’s granting of the summary judgment motion.

The case’s original venue, the U.S. District Court for the Western District of Pennsylvania, recently settled another matter involving racially discriminatory conduct in the workplace.

Want to get notified whenever we write about DOLLAR BANK ?

Sign-up Next time we write about DOLLAR BANK, we'll email you a link to the story. You may edit your settings or unsubscribe at any time.