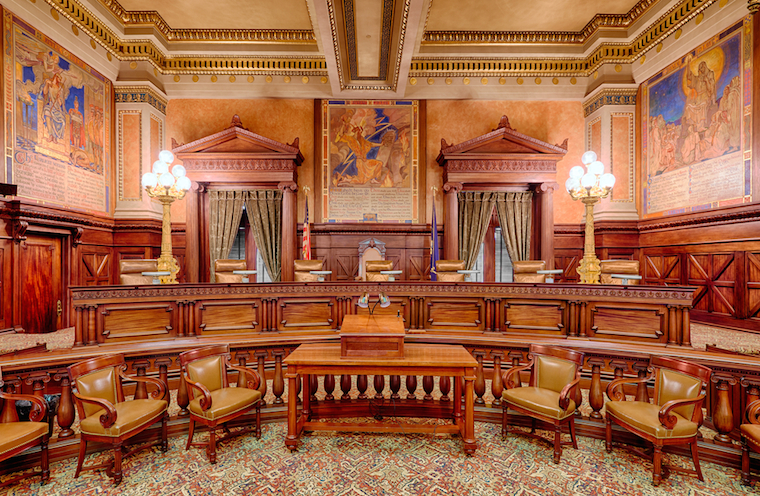 HARRISBURG – According to a new ruling from the Supreme Court of Pennsylvania, the state’s Fair Share Act is not supposed to apply strict liability lawsuits such as asbestos cases, so verdicts will be evenly divided among multiple defendants rather than split according to the percentage each defendant is found liable.

A 6-1 majority of the court decided Wednesday in Roverano v. John Crane, Inc., an asbestos exposure lawsuit that has been scrutinized by legal observers in Pennsylvania for most of the last decade, that the Fair Share Act did not supersede state law practice of assigning liability to more than one defendant equally.

Justice Sallie Updyke Mundy authored the court’s majority ruling, explaining that due to the nature of asbestos-related injuries suffered by plaintiffs, it was “impossible” to calculate each defendant’s exact percentage of liability.

“Accordingly, we reverse the Superior Court’s order, which vacated the trial court’s judgment and remanded this case for a new trial to apportion damages on a percentage basis.”

The state Supreme Court also considered the question of whether the Fair Share Act needs an independent factfinder to assign liability to bankrupt defendant companies who have entered into a release with a plaintiff.

“We conclude that upon appropriate requests and proofs, bankruptcy trusts that are either joined as third-party defendants or that have entered into a release with the plaintiff may be included on the verdict sheet for purposes of liability only. Accordingly, we remand this case to the trial court to consider whether appellees submitted sufficient requests and proofs to apportion liability to the settled bankruptcy trusts,” Mundy said.

In his separate concurring opinion, Wecht agreed with the majority that nothing in the Fair Share Act suggests the state legislature’s desire to say one cannot assign financial responsibility among defendants unequally “when they are found strictly liable rather than negligent, but rather must allocate liability per capita.”

“The only coherent way to assign unequal shares of liability among multiple defendants is to assess relative blameworthiness, and that leads inevitably to considerations indistinguishable from fault,” Wecht said.

Saylor issued both a concurrence and dissent to the majority’s decision.

He agreed on the point that under the Fair Share Act, bankrupt entities “must be included on a verdict slip upon submission of appropriate requests and proofs," and “supported the affirmance of the award of a new trial for apportionment purposes.”

However, Saylor otherwise substantially dissented from the majority ruling, choosing to affirm the Superior Court’s decision and opining that comparative assignment of liability in asbestos cases was indeed possible.

“I respectfully disagree with the majority’s conclusion that comparative apportionment of liability is impossible in asbestos cases. I have previously observed that, in light of the immense uncertainties involved in assessing actual, product-specific causation in many asbestos cases, the courts have come to accept abstract assessments of increased risk as proxies for traditional substantial-factor causation,” Saylor said.

“Along these lines, because of all of the impediments to any sort of rational determination of dose in long-latency, toxic tort cases involving frequently undocumented, unquantified and sometimes small exposures to many different sources of asbestos occurring long ago in the past, the platitude that ‘rough approximation’ is no substitute for justice,’ becomes quite meaningless in the asbestos litigation landscape. In this respect, I submit that ‘rough approximation’ is at best a generous characterization for what occurs on a routine basis in asbestos-related trials in Pennsylvania and elsewhere.”