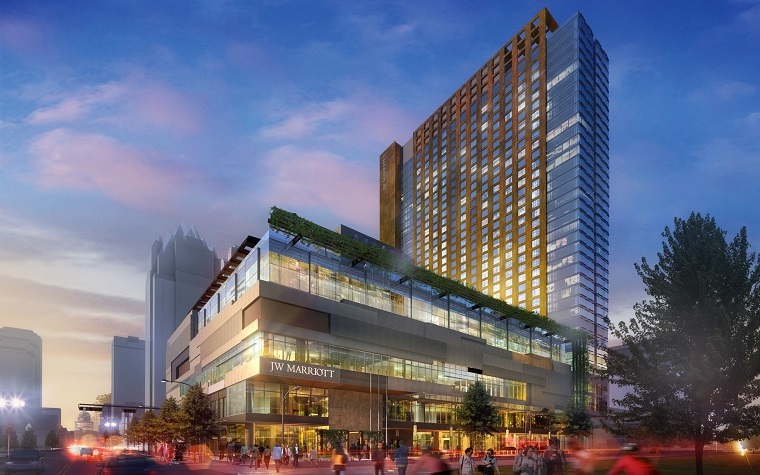 PHILADELPHIA – A federal judge recently rendered moot a motion to dismiss from Marriott, which had refuted a sexual abuse survivor’s allegations that it benefited from and participated in sex trafficking activities at its hotels.

A sex trafficking survivor named only as A.B., who resides in Florida, alleged that Marriott turned a blind eye to the trafficking going on at its hotels, both across the country and in Pennsylvania.

A.B. first filed a complaint in the U.S. District Court for the Eastern District of Pennsylvania on Dec. 9 against Marriott International Inc., alleging violation of the federal William Wilberforce Trafficking Victims Protection Reauthorization Act of 2008 (TVPRA) and Pennsylvania law.

A.B. alleged in her complaint that she was first trafficked for sex at age 18 and also suffered numerous physical assaults and false imprisonment at the defendant’s hotels, including three in Philadelphia.

During these assaults, A.B. claimed she was forced into sexual servitude at the behest of her captors, physically, verbally and psychologically abused by either her traffickers or people she was forced to sexually service.

In the lawsuit, A.B. alleged Marriott failed to properly train staff to be able to identify indicators exhibited by sex traffickers and their victims, and that its negligence led it to both benefit from and unknowingly participate in such sex trafficking activities.

On Feb. 20, Marriott filed a motion to dismiss the suit for failure to state a claim.

“Among other things, this claim requires making plausible, factual allegations that Marriott International ‘knowingly benefitted from’ and actively ‘participated in’ a sex trafficking venture. The complaint alleges no facts to support either element, instead relying on conclusory labels. And the sparse factual allegations in the complaint contradict those legal conclusions,” the dismissal motion read, in part.

The hotel chain added the plaintiff’s theory of vicarious liability in this case fails under state law.

“The complaint assumes that Marriott International had a principal-agent relationship with the hotels at which A.B. was allegedly trafficked (and thus is responsible for their acts or omissions) merely because it had franchisor-franchisee relationships with them. But Pennsylvania law makes clear that pleading and proving control over the day-to-day operations of the hotel is necessary to establish vicarious liability,” the dismissal motion continued.

“The complaint fails to plead these requisite facts, and instead relies on Marriott International’s alleged ability to terminate its franchisor-franchisee relationship with hotels for failing to satisfy its brand standards. This is not enough. Federal courts throughout the country, applying similar principles under state law, have dismissed similarly deficient complaints for this reason. This Court should do the same.”

“These pleading practices violate the Federal Rules of Civil Procedure, are heavily disfavored by courts, and fail to provide Marriott International with notice of what it is alleged to have done wrong or enabling it to prepare an adequate defense,” the motion stated.

As a result, the plaintiff filed an amended complaint on March 13 as a matter of legal course and to cure any perceived omissions from the original version, rendering the dismissal motion moot.

The plaintiff is represented by Jerry Kristal of Weitz & Luxenberg of Cherry Hill, New Jersey.

The defendant is represented by Courtney G. Saleski, Ellen E. Dew and Michael Bakhama of DLA Piper in Philadelphia and Baltimore, Md.

Want to get notified whenever we write about MARRIOTT ?

Sign-up Next time we write about MARRIOTT, we'll email you a link to the story. You may edit your settings or unsubscribe at any time.