American Law Institute 'at a crossroads' as it works on newest Restatement, member says 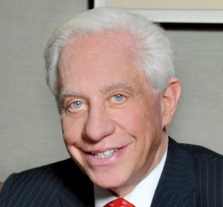 PHILADELPHIA – The Philadelphia-based American Law Institute continues its work on a Restatement meant to give legal clarity to the arena of consumer contracts - a project that has been put on the back-burner and serves as a "litmus test" as to how the influential group will be perceived, a member says.

Critics say it isn't appropriate for the ALI to classify this effort as one of its Restatements. The ALI publishes the Restatement of Torts and other projects that aim to serve as summaries of certain areas of law that judges can use, though some have accused the group of straying from that goal by trying to create law instead of summarize it.

Its insurance liability law Restatement has been called “litigation fuel," leading a number of judges and lawmakers in several states to reject it.

As for the “Restatement of the Law, Consumer Contracts,” it has been in the works for seven years. The project seeks to address and close a perceived inherent information gap between the business and consumer parties to a contract, through reference to “the Restatement Second of Contracts, the Uniform Commercial Code, and on court opinions in cases involving disputes between businesses and consumers,” according to the organization.

Critics have advised the ALI to turn the Restatement into a Principles Project instead, which in their opinion would allow its Reporters and the ALI to take a more aspirational view of the subject matter, especially when it comes to emerging areas of law, such as consumer contracts.

Victor Schwartz, of Shook Hardy Bacon in Washington, D.C., agreed with that assessment.

“At least in the past 97 years (the length of ALI’s total existence), when the ALI has gone into topics that are new, inchoate and not fully developed, that’s a Principles Project. The leadership says, ‘Well, Principles Projects are directed at legislatures.’ But, that’s not their sole dedication. It’s also [meant for] courts.”

Due to the current coronavirus pandemic, the ALI’s annual meeting for this year has been canceled. The group has also canceled all spring project meetings.

Schwartz stated prior to the annual meeting’s cancellation, discussion on the Restatement of Consumer Contracts had not been listed on the meeting agenda.

“It is like a bear in winter, it’s hibernating. Except unlike the bear in winter, you know when the bear’s going to get up, and that’s in spring. But here, we don’t know,” Schwartz said.

Schwartz said he maintains a strong belief that addressing consumer contract law in the form of a Restatement was “not appropriate”.

He said the project’s Reporters were very intelligent, but evidenced one apprehension with the project in its citations of consumer protection acts – which he said were not contract law, but rather, intended to protect consumers against fraudulent activity on the part of businesses.

Schwartz termed ALI as currently being “at a crossroads” in its handling of Restatements.

“The Restatement of Consumer Contracts is a litmus test,” Schwartz said.

The project is helmed by its Reporters, professors Owen Barr-Gill of Harvard Law School, Omri Ben-Shahar of the University of Chicago Law School and Florencia Marotta-Wurgler of the New York University School of Law. The trio is advised by more than 30 fellow professors, practitioners and judges.

The Restatement has sections on unconscionability, deception and promises not part of standard contract terms. Other sections include discretionary obligations and effects of derogation from mandatory rules, in addition to contract items consumers may encounter in online transactions, such as software licensing terms, privacy policies and potentially costly conditions of sale, such as restocking fees and early-cancellation charges.

Two specific areas of consumer contract law specifically addressed by the Restatement are the doctrine of mutual assent – rules that determine how contractual terms are adopted and the processes a business uses to introduce and to modify terms in the agreement – and the use of mandatory restrictions governing the contract, such as rules that limit business’ discretion in drafting contractual terms and setting boundaries for permissible contracting.

An article from the Yale Journal on Regulation, co-authored by Georgetown University Law Center professor and ALI member Adam J. Levitin referenced “questionable empirical analyses that focus on the number of times judicial decisions on issues of consumer contract law are cited.”

In May 2019, the attorneys general of 23 states, led by the State of New York, sent a letter to the ALI opposing the proposed Restatement of Consumer Contracts. They contended the Restatement ignores “established precedent and black-letter law, deprives consumers of a meaningful benefit and offers them no real protection.”

At the ALI’s annual meeting in Washington last year, members voted to approve the initial section of the 134-page proposed Restatement. The session also featured vigorous debate among the gathered group of lawyers, judges and legal scholars, over whether consumer contracts should be considered different from business-to-business contracts and how vigorously courts should police the agreements.

According to ALI’s Deputy Director Stephanie Middleton, the Restatement of Consumer Contracts is no different than any of the group’s projects, in that ALI “welcomes specific comments and input on the drafts” as they proceed.

“That is why the drafts improve as the project progresses. As to the project’s objectives and purposes, our Restatement projects all have the same purpose they always have had for nearly 100 years, which is to clarify and simplify the law,” Middleton said.

The Restatement of Consumer Contracts is currently in its 5th preliminary draft.