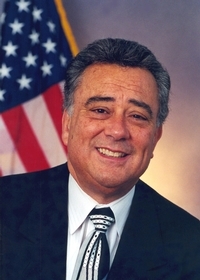 House Bill 475 raises the minimum from $100 to $500 in cases of minor violations to the Unfair Trade Practices and Consumer Protection law.

The law was passed in 1968 to protect consumers from deceptive trade practices, such as misleading consumers about the price of a product, claiming a product had ingredients that it does not actually have, or claiming that a good is new when it is not.

“All we’re doing is raising it to $500," DeLuca told the Pennsylvania Record. "At the rate of inflation, that’s not even keeping up,”

The bill passed easily in the Consumer Affairs Committee, with only two votes against the bill.

The bill had strong support from the committee chairman, Robert Godshall, R-Montgomery County.

“He believes the same as I do, people should be scrutinizing their cash registers and their receipts,” DeLuca said.

The Pennsylvania Coalition for Civil Justice Reform (PCCJR), though, spoke out against the bill.

“House bill 475 represents an unwarranted and really an extreme expansion of the minimum amount of recovery that a claimant can have in a private action under the Unfair Trade Practices and Consumer Protection Act,” Curt Schroder, the coalition's executive director, told the Pennsylvania Record.

Schroder believes the lack of opposition comes from Godshall's outspoken support of the bill.

“Many members did not want to oppose the chairman of the committee, who was being very insistent that the bill be moved,” Schroder said.

DeLuca believes this bill will protect consumers, but Schroder said the bill will likely benefit attorneys more than consumers.

“Class actions are often brought under this statute," Schroder said. “The main beneficiary of the class action is the attorney who stands to make hundreds of thousands of dollars.”

Schroder also fears the bill will lead to an influx of cases.

“It’s the type of act we feel is abused, and now this bill is inviting more abuse by potentially clogging up our courts with cases that never otherwise would’ve been filed,” Schroder said.

The bill will now be brought for a vote on the House floor, but PCCJR is fighting to get the bill dropped.

The vote has not yet been scheduled.

Want to get notified whenever we write about Pennsylvania House of Representatives ?

Sign-up Next time we write about Pennsylvania House of Representatives, we'll email you a link to the story. You may edit your settings or unsubscribe at any time.