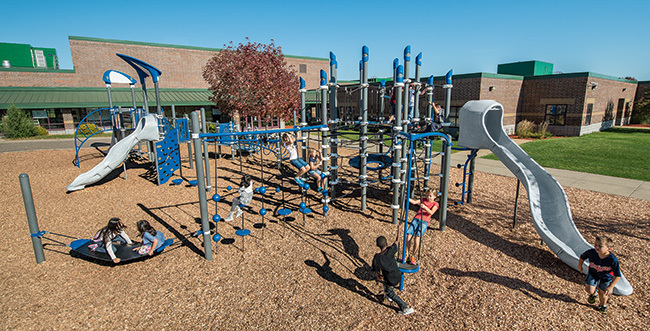 PHILADELPHIA – Through his parents, a young New Jersey boy who allegedly suffered a severely broken ankle on a playground slide at The Philadelphia Zoo has had a lawsuit filed against the institution on his behalf.

Michael A. Fiscaro and Deanna Fiscaro (individually and as parents/natural guardians of minor Dominic Fiscaro) of Sewell, N.J. filed suit in the Philadelphia County Court of Common Pleas on May 3 versus Zoological Society of Philadelphia (doing business as “The Philadelphia Zoo”) and Vance Washington, both of Philadelphia.

On Oct. 23, 2016, the suit says Deanna and Dominic were visiting The Philadelphia Zoo as part of its “Boo At The Zoo” event, and Dominic used the defendant’s large jungle gym, which included an enclosed, spiraling slide. When Dominic used the slide, his sneakered foot caused him to suddenly stop at a turn/curve in the slide, violently fracturing his ankle.

“His mother carried him to a bench and defendant’s employee procured a golf cart with which to transfer Dominic and his mother to their car. Defendants caused plaintiff’s ankle injuries by failing to supervise the use of the slide and failing to identify size/height and footwear restrictions for users of the slide. Dominic is now at risk for growth plate deformity, arthritis and other medical issues related to this trauma,” according to the lawsuit.

For counts of negligence versus all defendants, the plaintiffs are seeking special and compensatory damages in excess of $50,000, plus interest, costs, Rule 238 delay damages and such other just and equitable relief as the Court deems proper in this matter.

The plaintiffs are represented by Leonard G. Villari of Villari Lentz & Lynam, in Philadelphia.