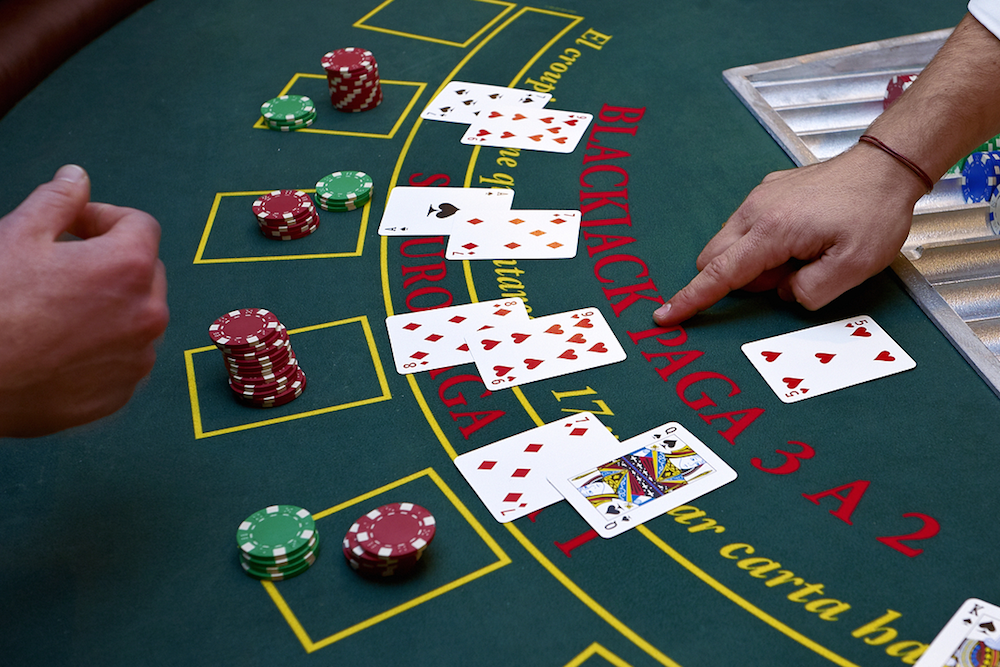 PHILADELPHIA – Dismissal has occurred for the lawsuit brought by a pair of card players who sustained combined losses of a quarter-million dollars at Philadelphia’s SugarHouse Casino and alleged the gaming establishment supplied their table games incorrectly and illegitimately, literally stacking the deck in its own favor.

On July 11, plaintiff counsel Steven C. Feinstein filed such a notice, for the matter to be dismissed without prejudice, meaning it could be refiled later.

“On its face, the complaint shows this court does not have jurisdiction and, therefore, it should be dismissed,” the defense motion read.

Per the litigation, on May 28, 2017, a casino employee found 16 cards remaining in an automatic shuffler that had been removed from service. When investigators retraced the cards, they found that the cards were missing from six decks that were used in 46 rounds of blackjack the previous day, involving 122 individual hands, the suit claims. On that date, only one of eight players who were dealt hands from the short deck won, the suit claimed.

Jack Horner, a spokesman for SugarHouse Casino, issued the following statement on the litigation when it was filed:

“The integrity of our gaming operations is of the utmost importance. We have disciplined or terminated the employees responsible, and revised procedures to help prevent recurrence. We deny the claims made by the individuals in this lawsuit, and cannot comment further on pending litigation,” Horner said.

Allegedly, on Sept. 23, 2017, during a poker tournament, a dealer mistakenly set the automatic shuffler not to randomly shuffle the cards, but to instead sort them by suit in sequence. The dealer dealt 16 poker hands before noticing the cards were suited and in sequential order, the suit claimed.

SugarHouse allegedly did not provide the players with any form of reimbursement on either occasion.

“On July 26, 2018, the Pennsylvania Gaming Control Board penalized SugarHouse Casino with a fine of $100,000 for dealing cards to patrons using ‘illegitimate’ decks, or with malfunctioning automatic shufflers, over a period of time from May 2017 to January 2018,” the lawsuit stated.

“In hearings before the Pennsylvania Gaming Control Board, Bureau of Casino Compliance, SugarHouse admitted that in a series of occurrences, employees failed to properly address warning lights on automated shufflers used at the blackjack, poker and mini-baccarat tables in seven incidents between May 2017 and January 2018.”

The casino allegedly did not provide players with any form of reimbursement on any of these occasions – and the plaintiffs accuse the casino of breaching their duty to provide a “fair and honest wagering environment” by supplying its table games with illegitimate decks or tables with malfunctioning card sorters.

“Based on the fact that SugarHouse apparently had been using broken equipment and ‘illegitimate’ decks for at least seven months, we think it is fair to question the integrity of the thousands of card games that were played at SugarHouse at tables using that equipment and those decks,” said Conrad J. Benedetto, one of the attorneys for the two plaintiffs.

“For our clients, and surely for SugarHouse’s other patrons, the thrill in playing table games at SugarHouse is knowing that while the odds are against them, they can still ‘beat the house.’ But that all goes out the window when a casino uses broken equipment or ‘illegitimate’ decks as the Pennsylvania Gaming Control Board previously found SugarHouse to have done,” said Steven Feinstein of Optimum Law Group, and the other member of plaintiff counsel.

Prior to dismissal and for counts of negligence, breach of contract, unjust enrichment, breach of good faith and fair dealing, fraud, conspiracy to commit fraud, the plaintiffs are seeking punitive and compensatory damages, attorney’s fees and costs of suit, in addition to a trial by jury in this matter.

The plaintiffs were represented by Benedetto of the Law Offices of Conrad J. Benedetto in Philadelphia and Steven Feinstein of Optimum Law Group, in Mount Laurel, N.J.

The defendants were represented by Brian A. Berkley and Thomas Anthony Mastroianni of Fox Rothschild, in Philadelphia.