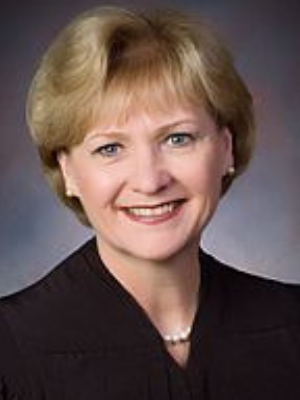 PHILADELPHIA - On Aug. 21, the Superior Court of Pennsylvania ruled on a complex case concerning damages and attorney fees stemming from alleged overpayment in life insurance, affirming some judgments from a lower court but vacating damages awarded and remanding the case back to the lower court for reconsideration.

Rita M. Richards and Caroline J. Richards, the co-executrices of James Richards' and Helen Richards’ estate, sued Ameriprise Financial Inc., accusing it of breach of fiduciary duty, negligent supervision. negligent and fraudulent misrepresentation and violation of the Unfair Trade Practice and Consumer Protection Law (UTPCPL). They sued for what they said was an excessive $15,053.59 life insurance payment Ameriprise required of James and Helen Richards, “which was contrary to the terms of its purchase,” according to the decision.

The first two claims were dismissed in summary judgment for the defendants, but the misrepresentation and UTPCPL claims went to a three-day trial without a jury in November 2014. The lower court sided with the plaintiffs only on the UTPCPL claim and said they were owed $34,006.44 (the $15,053.59 plus interest) as well as $102,019.32 for treble damages and $50,000 in punitive damages.

But the Superior Court determined the opposite. “The record does not support that Ameriprise waived this issue,” said the court. It noted that the plaintiffs pointed out a clerical error of the $34,006.44 and asked the court to correct it. But the lower court denied it with no explanation. Considering this, the plaintiffs are the injured party, not Ameriprise, so Ameriprise can’t be held responsible for not raising the issue because it wasn’t the damaged side, the Superior Court ruled.

The court then determined whether the lower court made a mistake after the case was previously remanded. In that phase, the lower court changed the verdict to grant actual and triple actual damages of the UTPCPL. Ameriprise again argued that effectively quadrupled the $34,006.44.

Another ongoing issue concerned attorney's fees in the case. Ameriprise challenged the plaintiffs’ requests for legal fees for their appeals plus to get ready to defend the fee petitions to begin with. Ameriprise said the plaintiffs were supposed to file an application for appellate attorney fees, and since they did not, the lower court should not have granted it to them.

The Superior Court denied that claim, saying Ameriprise cited no authority that required compliance with the application procedure.

Ameriprise also argued that the lower court should not have awarded $202,362.90 in attorney fees for appeal preparation for the second and third fee petitions. Still, the Superior Court agreed that the higher hourly rate for attorney Kenneth Behrend was fair. While he didn’t give his customary rate, he did provide evidence of the market rate, which the Superior Court said was sufficient.

However, the Superior Court said, the number of hours he claimed to work a week (roughly 85) was excessive. It also agreed with Ameriprise’s suspicion that the lower court misused its discretion for fees to prepare an unopposed petition to publish. It vacated the attorney fees for the second and third fee petitions and remanded for reconsideration.

In 1994, James G. Richards and Helen Richards entered into a working relationship with Richard Bouchard, when they hired him to be their financial adviser. At the time, Bouchard represented IDS Insurance, a predecessor of Ameriprise Financial Inc. He convinced them to buy a universal life insurance policy for $100,000 so that Helen Richards wouldn’t have to live off of a lower income if James Richards passed away first.

Bouchard said the yearly premiums for the policy would be $6,000 ($500 a month). The Richards decided to move forward, and all was well until 2000, when Bouchard told James Richards that they would need to pay $15,053.59 on top of the $500 monthly payments so that the policy wouldn’t lapse. They fulfilled that requirement and paid the $500 payments each month until James Richard passed away in February 2005. Ameriprise subsequently paid the $100,000 insurance amount to Helen Richards. This lawsuit then ensued.