Court: Can't sue for fall on icy ramp if you knew it was dangerous to walk on 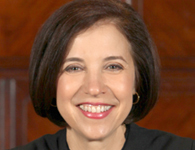 PHILADELPHIA – A woman who was injured when she fell while trying to traverse a hospital's icy handicap ramp she was walking on an unsafe surface and her case was justifiably dismissed, a Superior Court of Pennsylvania three-judge panel recently ruled.

In its 10-page memorandum issued Nov. 5, the panel affirmed dismissal of the premises liability case of the estate of Nancy Ann Deissler and her husband, Timothy Deissler, against Holy Redeemer Health System and others.

"Our review of the evidence confirms that Mrs. Deissler testified that she was aware of the icy condition of the ramp, both because of her own observation of it and because she was warned of its presence by her daughter and sister," the memorandum said.

"Accordingly, the record clearly demonstrates that, because Mrs. Deissler admitted that she was aware that the ramp was icy, appellants did not present a genuine issue of material fact as to whether [Holy Redeemer] breached its duty to Mrs. Deissler as appellee’s business invitee."

Judge Alice Beck Dubow wrote the memorandum in which Judge John T. Bender and Judge James Gardner Colins concurred. Bender is a retired judge who was assigned to hear the case.

Nancy Ann Deissler was injured In January 2014 when she slipped and fell on an icy handicap ramp while leaving Holy Redeemer, where she, her daughter and her sister had been visiting Nancy Deissler's husband, a patient at the time, according to the background portion of the memorandum.

The initial complaint was filed in January 2016.

Nancy Ann Deissler died Dec. 31, 2017, "of causes unrelated to this case," the memorandum said. The following March, the court substituted Deissler's husband, also administrator of her estate, as a party in the case.

In July 2018, the Montgomery County Court of Common Pleas entered summary judgment in favor of Holy Redeemer, which had argued that the exit ramp's icy condition had been "open and obvious" to Nancy Ann Deissler.

In his appeal, Timothy Deissler claimed the common pleas court had been wrong to dismiss the case, in part for allegedly ignoring depositions of "important witnesses" and for not finding that Holy Redeemer was negligent.

"Appellants argue that the court erred in focusing only on the deposition testimony provided by Mrs. Deissler and her daughter to conclude that no genuine issues of material fact existed," the memorandum said.

Timothy Deissler claimed Holy Redeemer had sufficient time to inspect the ramp's condition, but negligently failed to do so.

"They also contend that Mrs. Deissler's testimony that she was aware of other exit ramps is of no consequence because there was no testimony presented regarding the safety of the alternate ramps," the memorandum said.

The Superior Court panel did not agree.

"Mrs. Deissler's admitted knowledge of the condition precluded [Holy Redeemer]'s liability for her injuries, and entitled [Holy Redeemer] to judgment as a matter of law in this negligence action," the memorandum concluded.