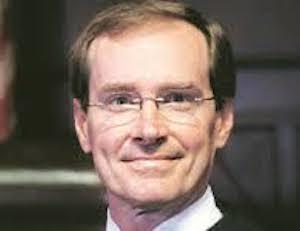 HARRISBURG — The Commonwealth Court of Pennsylvania recently ruled against two state senators who sued over alleged inaction by state regulators.

Senior Judge Robert Simpson issued a ruling on Nov. 12 denying an application of peremptory judgment sought by state Sens. Joseph B. Scarnati (R-Brockway) and Gene Yaw (R-Loyalsock) against the Pennsylvania Environmental Quality Board and the Department of Environmental Protection regarding manganese and water quality.

In the 12-page ruling, Simpson said the state senators who filed the suit lack standing.

Simpson ruled the interest of Scarnati and Yaw in this issue did not extend “beyond that of the common citizen.” He said the alleged inaction did not affect the ability of the senators to fulfill their duties as legislators.

The court referred to a state Supreme Court ruling in Markham v. Wolf, which said that “standing for legislators claiming an institutional injury is no different than traditional standing.” Also, Simpson wrote that “under traditional standing, a party must be aggrieved by the matter he challenges.”

Under the Markham ruling, a situation must affect a legislator's ability to participate in the voting process for them to have standing. Simpson also wrote that the Markham ruling requires that “he or she has suffered a concrete impairment or deprivation of an official power or authority to act as a legislator.” These would be actions that negatively affect a legislator’s abilities to perform their duties as elected officials.

The senators had sought mandamus relief against the Environmental Quality Board for “failure to promote quality standards for manganese,” per state law. They claimed that the board had failed to provide needed regulations within a required 90-day time period.

In response to the suit, the respondents had alleged that the law cited by the senators in their suit, Act 40, did not overrule other laws required for “information gathering and consultation,” which the government agencies were also bound to follow.  They argued that “because Act 40 did not suspend those laws, the 90-day time frame placed the EQB in an untenable position.”