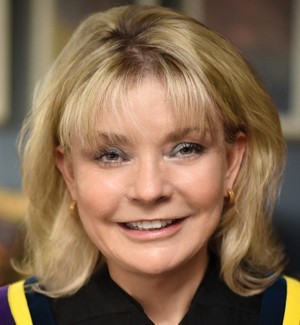 HARRISBURG — The Pennsylvania Supreme Court recently reversed a ruling from the Commonwealth Court, deciding that a spreadsheet listing donors and amounts created by the City of Harrisburg constitutes a legal document.

It remanded the case back to the lower court to determine whether personal information in the document is protected by the state constitution.

In the 29-page ruling, Justice Christine Donohue wrote Nov. 12 that the lower court erred in ruling that the spreadsheet was not considered a financial record. She cited state law, writing that a financial record can be “[a]ny account, voucher or contract dealing with…the receipt…of funds by an agency.”

The ruling focused on the words “account” and “voucher,” which Donohue said were not “statutorily defined.” The ruling discussed the potential meanings of the words and how they might relate to this case.

The justices decided that the spreadsheet meets requirements in state law regarding close connection to an account because it “reflects a list of monetary receipts, i.e., donations, to the City.”

The document also listed the amounts of checks that were received by the city for the city’s fund, “which has its own bank account and for which ‘all revenues received,’ including the donations at issue here, are reflected in the city’s general ledger.”

In 2015, Joshua Prince, the appellant in the case, submitted a records request to the City of Harrisburg for financial records.

Prince sought records “which the city created to defray legal costs associated with defending challenges to local firearms ordinances.” The city provided Prince with a partially redacted document. It contained the amounts of the donations and the dates they were made, but not the names of the donors.

Prince then made an appeal to the Commonwealth Court, which upheld the lower court’s decision. He then appealed to the Pennsylvania Supreme Court.