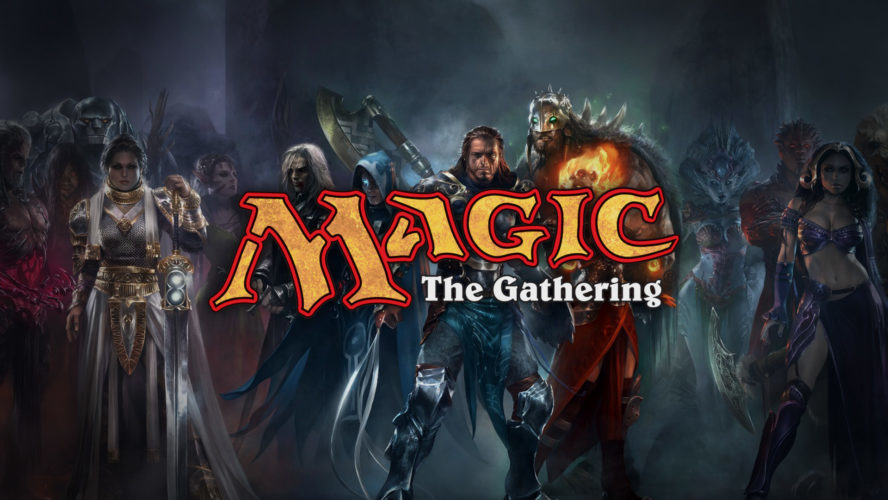 Magic: The Gathering | Wizards Of The Coast

PHILADELPHIA – A collector of “Magic: The Gathering” playing cards has filed a motion for summary judgment, claiming the breach of contract and fraud accusations made against him by a New Jersey man are baseless and without merit, as the plaintiff counters their deal was in fact a valid contract.

Michael Ruggiero of Morganville, N.J. first filed a complaint in the U.S. District Court for the Eastern District of Pennsylvania on July 20, 2018, versus Brian Nocenti of Kennett Square and John Doe, alleging that they breached their duty of good faith and fair dealings.

Ruggiero argued on May 29, 2018, he suffered from significant financial loss and the loss of irreplaceable collection of “Magic: The Gathering” playing cards, as a result of the wrongful conduct of the defendant.

He alleged the defendant agreed to sell his rare card collection at a total contract price of $177,415 payable in three years, with request for $70,000 due on the first year.

The plaintiff further alleged that the defendant schemed to sell the cards at a higher price to another buyer even though they had a valid contract, according to the complaint.

In so doing, Ruggiero alleged that Nocenti both reneged on the contract and refunded the plaintiff the amount of $40,000 that he had paid to date.

The plaintiff holds Nocenti and Doe responsible, because the defendants allegedly caused plaintiff to sell his own irreplaceable collection to finance the agreement.

Further, the defendant alleged that the plaintiff failed to meet the timeline to pay $70,000, despite evidence of exchange of messages with defendant confirming June 26, 2018 as the deadline for initial payment, according to the complaint.

On Sept. 6, counsel for defendant Brian Nocenti filed the motion for summary judgment, claiming plaintiff Michael Ruggiero was mistaken in thinking there was a contract for him to buy Nocenti’s cards for $177,415.

“There is no written agreement to this effect. Rather, there was merely a list of cards with prices attached to them, which was modified by the parties at various points and not attached to any contract. Moreover, the parties discussed (but never settled upon) several payments options, including one that was “open-ended,” the motion read, in part.

“When defendant refunded plaintiff the $40,000, it is undisputed that plaintiff did not attempt to purchase all of the cards. Rather, he sent $70,000 back to defendant via PayPal ‘Goods and Services.' Plaintiff has never attempted to pay for all of the cards, and has never committed to pay for them by any particular date. Defendant never committed to deliver any cards by any particular date.”

The motion said this situation creates a clear quandary for the plaintiff, since he needs to valuate the cards for damages, but he can’t find a date where either he was going to pay for the cards in full, or when the defendant was going to deliver the cards.

“Thus, when plaintiff (as he has done here) submits an expert report with two valuation dates (May 31, 2018 and July 12, 2019), the dates are necessarily random and arbitrary. For these reasons, plaintiff cannot calculate his damages with reasonable certainty, and summary judgment is proper,” the motion concluded.

On Oct. 4, Ruggiero responded with a motion of his own, counter-claiming that a contract had been agreed upon for the sale of the cards.

“Here, a valid contract existed because there was an offer, acceptance, and consideration ($40,000 in payments over 11 months). Mr. Nocenti breached the parties’ contract when he reneged on May 29, 2017. A breach of contract action involves (1) The existence of a contract, (2) a breach of a duty imposed by the contract, and (3) damages,” the reply motion said.

Counsel for Ruggiero added that the value of the cards could in fact be accurately calculated.

“These are collectible Magic cards that are professionally graded and valued and sold every single day. There are clear values for these cards on any given day. For these reasons, Mr. Ruggiero’s damages can be calculated with reasonable certainty,” the response motion stated.

The plaintiff claims breach of contract, fraud and unjust enrichment, and seeks to enforce the terms of the original contract and purchase the one-of-a-kind collection.

The defendants are represented by Christopher James Amentas of Armstrong & Carosella, in West Chester.