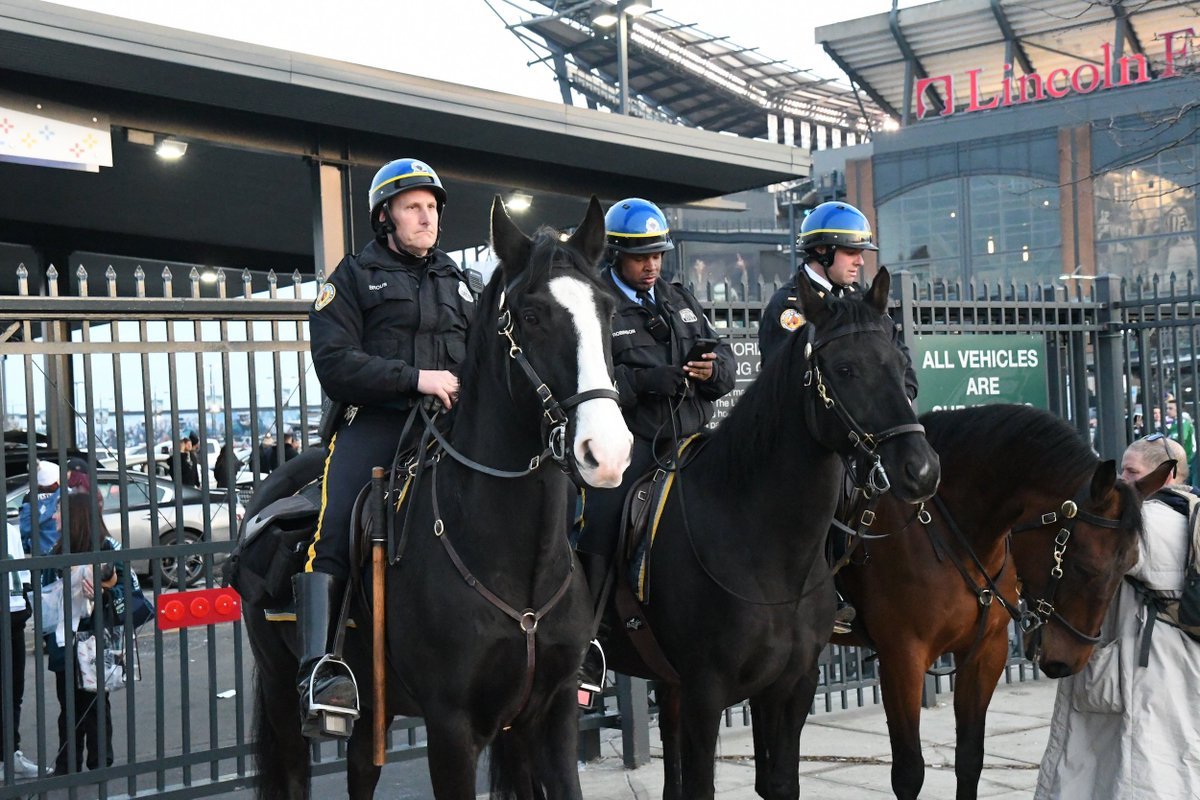 PHILADELPHIA – A man charged with punching a Philadelphia Police Department mounted patrol horse before the NFL’s NFC Championship game between the Philadelphia Eagles and Minnesota Vikings in January of last year settled his lawsuit, which claimed he was the victim of assault and battery at the hands of city and state police officers.

Just weeks before trial, on Nov. 19, counsel for plaintiff Andrew Tornetta filed a praecipe to mark the matter as settled, discontinued and ended. Terms of the settlement were not disclosed.

The case had been scheduled to proceed to trial on Dec. 2.

Per the litigation, Tornetta, then 20 and a sophomore at Temple University, was socializing with a large number of other fans in a parking lot at Lincoln Financial Field on Jan. 21, 2018, prior to the NFC Championship game between the Philadelphia Eagles and the Minnesota Vikings.

As the lot was becoming overcrowded in the mid-afternoon, the suit stated that defendants Van Wyk and Tinneny entered the area as mounted police on horseback, in an attempt to disperse the crowd, the suit said.

Tornetta continued that he managed to escape the initial assault, but was then detained by a member of the Philadelphia Eagles security staff, at which point Tinneny appeared and allegedly struck him several more times about the face, head and upper-body with his own police baton.

Furthermore, Tornetta claimed that when asked by a detective, both Van Wyk and Tinneny provided false statements about his behavior – accusing him of defying orders to leave the overcrowded parking lot, saying that the only force used on him was a “control hold,” in addition to claiming the plaintiff punched Van Wyk and his police horse, and attempted to make a grab for Tinneny’s police baton.

The police maintained that their level of force was appropriate, given the situation.

A portion of Tornetta’s January 2018 arrest was captured on video through NJ.com, and he claims in the lawsuit that the media coverage of the incident had “demonized” him and caused him humiliation and embarrassment.

After the incident, the authorities first pursued criminal charges of aggravated assault and assault on police animals against Tornetta – prior to the Philadelphia District Attorney’s Office adding charges of resisting arrest, failure to disperse and disorderly conduct. However, Tornetta completed a stint of community service and got the criminal charges dropped on March 6, 2018, nearly three months prior to filing the instant civil lawsuit.

The Philadelphia Eagles and Van Wyk were later dismissed as defendants from the litigation, in July 2018 and this past October, respectively.

Prior to settlement and for counts of assault and battery, false imprisonment and defamation against both Van Wyk and Tinneny, premises liability negligence, negligent hiring and supervision, plus civil conspiracy against all defendants, the plaintiff is seeking unspecified amount of damages, consisting of the following:

• Further relief as the Court may deem appropriate.

The plaintiff was represented by Steven F. Marino of Marino Associates, in Philadelphia.

The defendants were represented by Joseph N. Bongiovanni IV and Mariel C. Marsh of Post & Schell and Shannon Zabel of the City of Philadelphia Law Department, all in Philadelphia.