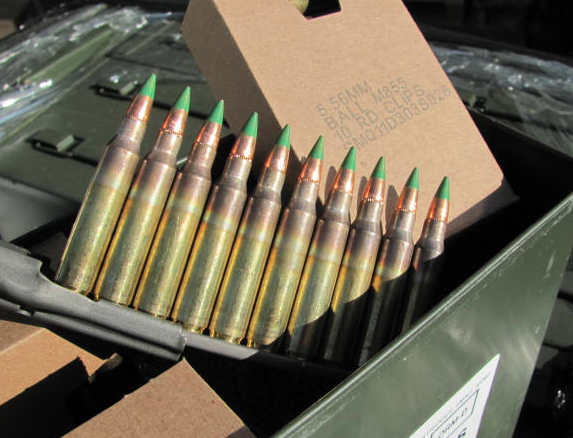 PITTSBURGH – According to a federal judge, a prominent sporting goods retailer did not meet its burden of proof to seek an injunction from a Pennsylvania federal court, barring further discovery proceedings in a similarly-situated, but not identical, case against an ammunition distributor in Nevada.

On Feb. 4, Judge Nora Barry Fischer of the U.S. District Court for the Western District of Pennsylvania denied the attempt to secure a preliminary injunction on the part of Battle Born Munitions (BBM) – which would have prevented further discovery in a simultaneous pending case between these same parties in Nevada, pending a final decision on the instant matter in the Pennsylvania court.

In October 2018, BBM sued Dick’s Sporting Goods, alleging fraudulent inducement, negligent misrepresentation and breach of contract over a deal for the delivery of ammunition to Dick’s.

BBM previously made the move to turn its complaint against Dick’s into a class action, involving multiple vendors allegedly harmed by their products not making it onto shelves at Dick’s.

Dick’s has famously stopped selling assault-rifle weapons, and its CEO is possibly considering a run for President.

In 2016, BBM entered into an agreement to supply ammunition within Dick’s Field & Stream packaging. BBM alleged it paid two manufacturers around $4.5 million for the ammo, which was available in November 2016.

It is alleged Dick’s did not take delivery for a year and refused to pay for the product during that period, while BBM was unable to sell the merchandise to anyone else because of the distinctive package. The distributor alleged it lost $200,000 storing the ammo, while also losing $5 million on another deal because of cash flow issues.

As to the matter of the aforementioned injunction, the Third Circuit provided the following guidance on a measure called the first-filed rule, from the 1988 case E.E.O.C. v. University of Pennsylvania:

“The first-filed rule encourages sound judicial administration and promotes comity among federal courts of equal rank. It gives a court ‘the power’ to enjoin the subsequent prosecution of proceedings involving the same parties and the same issues already before another district court. That authority, however, is not a mandate directing wooden application of the rule without regard to rare or extraordinary circumstances, inequitable conduct, bad faith, or forum shopping. District courts have always had discretion to retain jurisdiction given appropriate circumstances justifying departure from the first-filed rule,” according to the ruling.

Fischer explained an injunction was only appropriate in a situation where “the later-filed case must be ‘truly duplicative of the suit before the court” and that “a district court should generally avoid terminating a claim under the first-filed rule that has not been, and may not be, heard by another court.”

“In this Court’s estimation, the first filed rule does not apply to the present circumstances for several reasons. Initially, the two lawsuits are not truly duplicative. To this end, defendant admits that the Nevada lawsuit contains a class action claim under the Nevada Deceptive Trade Practices Act (NDTPA) which was not asserted in this case,” Fischer stated.

Fischer added the Court already sustained Dick’s objections to BBM’s proposed amendment seeking to add claims on behalf of a class to the remaining breach of contract claim in this lawsuit, reasoning that such attempt was procedurally defective under Rules 15 and 16.

Furthermore, Fischer said while Dick’s argues the NDTPA claim is “dead on arrival in view of this Court’s ruling that Pennsylvania law governs the parties’ relationship,”, no court has adjudicated such a claim and the Court of Appeals counsels the District Court to avoid using the first filed rule to terminate claims which have yet to be adjudicated – therefore, the two lawsuits are not identical, making the entry of the requested injunction “inappropriate.”

“Next, the Court is not persuaded that an injunction barring the Nevada lawsuit (and any additional litigation) is the appropriate vehicle to address any perceived overlap between the claims advanced in the separate jurisdictions,” Fischer said.

“As the Court of Appeals has held, ‘the first-filed rule is just one of many doctrines that cabin duplicative litigation. It does not need to do all of the work on its own,’ as there are several potential defenses, (e.g., res judicata or collateral estoppel), and procedural devices, (e.g., a stay of the second-filed suit), which may also be utilized to address duplicative litigation.”

According to Fischer, Dick’s can “certainly rely upon this Court’s prior decisions as persuasive authority in support of the various forms of relief it seeks in the Nevada lawsuit”, but the Court “does not believe that the injunction requested by Defendant is warranted.”

“It is hereby ordered that defendant’s motion is denied, as defendant has failed to meet its burden that this Court should exercise its discretionary power under the first filed rule to issue the extraordinary relief of an injunction barring plaintiff from prosecuting the case now pending in the United States District Court for the District of Nevada, Battle Born Munitions Inc. v. DICK’s Sporting Goods, Inc., No. 3:19-00561 (D-Nev.), until further order of this Court and from commencing any additional action involving the same parties and issues now before this Court,” Fischer said.

Want to get notified whenever we write about Dick's Sporting Goods, Inc. ?

Sign-up Next time we write about Dick's Sporting Goods, Inc., we'll email you a link to the story. You may edit your settings or unsubscribe at any time.