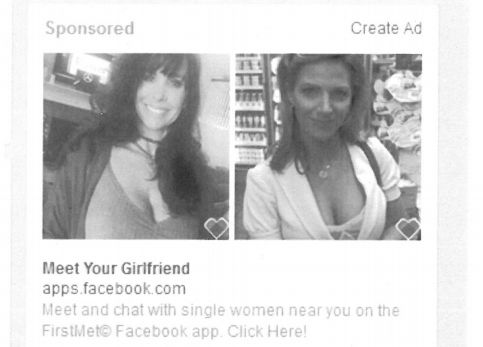 PHILADELPHIA – In response to a lawsuit filed by a Philadelphia television news anchor who believes a surreptitious image taken of her was later published online without her knowledge or consent, Facebook is claiming immunity through a federal anti-indecency law.

“Good Day Philadelphia” anchor Karen Hepp has taken issue with social sites like Facebook and Reddit for featuring an image taken without her knowledge on several commercial websites, including one on an ad for erectile dysfunction.

Hepp filed her complaint in the U.S. District Court for the Eastern District of Pennsylvania on Sept. 4, suing Facebook, Imgur, Reddit, GIPHY, WGCZ S.R.O. and the owners of various websites and media outlets, named in the lawsuit as Does 1-10, for alleged violation of the state’s Right of Publicity statute.

Hepp alleged that her co-workers informed her two years ago that a security camera caught a snapshot of her in a New York City convenience store. That photo is said to have been used in online ads for erectile dysfunction as well as dating websites and other avenues, according to the lawsuit.

Hepp asked the court to bar the defendants and their related entities from publishing the photo, and to make them remove the ones that are present on their sites. She also wants the defendants to have to show how much money they made from using her image.

Counsel for Facebook filed a dismissal motion on Feb. 10 and argued the tenets of the Communications Decency Act (CDA) precluded the social media titan from liability in this case.

"Plaintiff does not allege, and the advertisement contradicts any assertion, that Facebook did anything other than allow the ad to be posted on the Facebook platform. Facebook’s decision to allow the advertisement on its platform is a quintessential internet service provider function, which is the very activity the CDA is aimed to protect.”

In addition to Facebook being an interactive computer service, defense counsel argued that because Hepp did not allege that Facebook was the content provider responsible for creating the image and because the suit saw Facebook as a content publisher, the site was immune from the right of publicity claims.

Other motions to dismiss from co-defendants Imgur, GIPHY and Reddit cited an alleged lack of jurisdiction and failure to state a claim as reasons the case should be thrown out.

Other U.S. circuit courts have been divided on similar issues.

Hepp’s attorney, Samuel Fineman of Cohen Fineman, called the suit a “case of first impression” in the Third Circuit, and added other privacy cases cited by the defense had to do with “one-off, pro se” litigants who were everyday citizens as opposed to public figures.

“Those aren’t the facts of this case," Fineman said. "Karen Hepp is a public figure. She has been a journalist and a broadcaster in two major markets, between New York and Philadelphia – and she’s been at Fox now celebrating 10 years hosting a major morning show, which has the highest ratings, based on social media reports, of all the [local] networks."

Fineman pointed to Fox Network’s considerable online presence and Hepp’s extensive social media following as evidence of her status as a public figure.

“She has thousands of Twitter and Instagram followers,” Fineman said. "To say that we can’t substantiate the fact that she’s a public figure is disingenuous; we certainly can. There’s a value, a monetization of that image for her brand, which has been usurped by these defendants, and they’re claiming immunity behind the CDA."

Fineman stated even with the CDA in play, the defendants are all commercial enterprises and Facebook should not be absolved of accountability or responsibility for being the host of the unauthorized image.

“They have Pennsylvania’s right of publicity, both statutory and common law, in their crosshairs and we’ll see what the court wants to do with that,” Fineman said. "But, they want to obliterate that particular right vis-à-vis the CDA."

For counts of violating the Pennsylvania Constitution and the Right to Publicity statute, the plaintiff is seeking a yet-to-be precisely determined award in excess of $10 million.

The plaintiff is represented by Samuel B. Fineman of Cohen Fineman in Cherry Hill, N.J.