Pediatric treatment facility defends self against molestation claims, says they are groundless 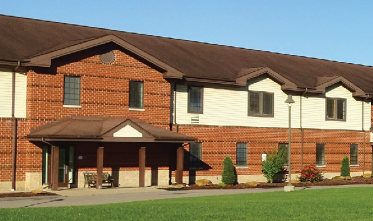 PITTSBURGH – A residential treatment facility for children says molestation claims from a developmentally disabled young man and his parents are baseless and ineligible to be considered for the application of punitive damages.

On Feb. 18, Glade Run Lutheran Services filed an answer and new matter to litigation brought by a minor John Doe defendant and his parents.

“Plaintiffs’ complaint fails to set forth a claim upon which relief could be granted. To the extent it is determined that defendants’ breached any duty owed to plaintiff, such breach was not the cause of plaintiffs’ claimed damages,” the new matter partially read.

The defendants also asserted the defenses and limitations to damages available to them under the Pennsylvania Mental Health Procedures Act and Medical Care Availability and Reduction of Error Act, and specified they were not liable for intentional torts committed by third-party individuals.

“These defendants were not grossly negligent. Any alleged negligence on the part of these defendants, which negligence is specifically denied, was superseded by the conduct of third persons over whom defendants exercised no responsibility or control. The subject incident(s) and alleged damage(s) were caused solely by the negligence and/or liability-producing conduct of individuals and/or entities other than these defendants,” the response continued.

The defendants argued the trial should be bifurcated, or divided as to the subject of determining punitive damages only, only “if and after liability on the merits has been found.”

On March 4, 2019, an attorney representing the defendants submitted preliminary objections in response to the litigation. It said the plaintiffs failed to prove proper allegations against Lockwood as a corporate officer of the facility and/or failed to show proper allegations against each individual defendant, along with wanting to strike 10 paragraphs from the suit for the inclusion of “scandalous or impertinent matter.”

“Allegations are scandalous or impertinent if they are immaterial and inappropriate to the proof of the cause of action. This commonly occurs in situations where a party is attempting to improperly cast a derogatory light on the defendant(s) by asserting facts that do not help to establish their cause of action. Significant portions of the complaint contain this sort of scandalous and impertinent material, and thus should be stricken from the complaint,” the reply read, in part.

The paragraphs in question alleged the plaintiff and others suffered at the hands of gross misconduct on the parts of members of the Glade Run staff.

On April 2, 2019, the plaintiffs responded to the preliminary objections and denied them in their entirety.

The defendants are represented by Jeffrey A. Ramaley of Zimmer Kunz, also in Pittsburgh.

Want to get notified whenever we write about Glade Run United Presbyterian Church ?

Sign-up Next time we write about Glade Run United Presbyterian Church, we'll email you a link to the story. You may edit your settings or unsubscribe at any time.