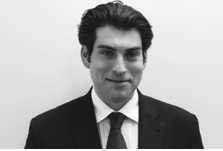 PHILADELPHIA – A settlement has been reached in the case of a Virginia plaintiff who alleged he was wrongfully terminated from an Eagleville-based company nearly two years ago.

On July 30, Clerk of Court Kate Barkman issued an order reporting that Gregory Snyder’s lawsuit against Harry F. Shultz and Queue in the Cloud, LLC had been dismissed with prejudice, pursuant to agreement of counsel without costs. Terms of the settlement were not disclosed.

“Notwithstanding this dismissal, pursuant to Rule 41.1(b) of the Local Rules of Civil Procedure, this order of dismissal may be vacated, modified, or stricken from the record, for cause shown, upon the application of any party served within 90 days of the entry of such order of dismissal, provided the application of the 90-day time limitation is consistent with Federal Rule of Civil Procedure 60(c),” Barkman said.

Snyder initially filed suit on Jan. 30, 2018 in the U.S. District Court for the Eastern District of Pennsylvania versus Shultz and Queue in the Cloud LLC (doing business as “BC in the Cloud”).

According to the complaint, the plaintiff alleged that he was wrongfully terminated by the defendants on Dec. 14, 2017. The plaintiff held Shultz and Queue in the Cloud, LLC directly responsible, because the defendants allegedly failed to pay him a monthly $10,000 disbursement and that as a result, Shultz breached his legal obligations to the plaintiff.

Prior to settlement, the plaintiff was seeking judgment against the defendants excess of $75,000, plus punitive damages, interest, court costs and any further relief the court would grant.

The plaintiff was represented by Gregory C. Littman and David S. Jaffe of Freundlich & Littman, in Philadelphia.

The defendants were represented by Jonathan Ciriello and Kevin T. Kerns of Cozen O’Connor in Philadelphia, and Kimberly L. Russell of Kaplin Stewart Meloff Reiter & Stein in, Blue Bell.