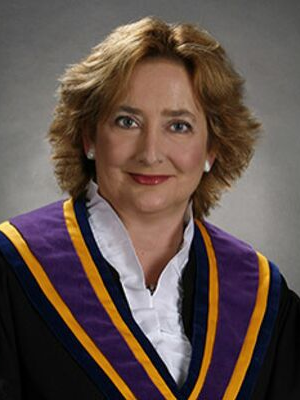 HARRISBURG – The Supreme Court of Pennsylvania answered that a car insurance policy provision clashes with Section 1796(a) of the Pennsylvania Vehicle Financial Responsibility Law (MVFRL) on Nov. 20.

The U.S. Court of Appeals for the Third Circuit asked the court to answer a question regarding the policy and if it was void under state law. The provision in question calls for the insured party who’s also requesting first-party medical benefits with their policy to submit to an independent medical exam from a doctor that the insurance company selects. The Supreme Court ruled the provision does conflict and is "void as against public policy."

The MVFRL “requires a court order, based upon a showing of good cause by an insurer paying first-party benefits, to compel an insured to submit to an IME [independent medical exam],” according to the opinion.

The Supreme Court disagreed with the insurance company appellants’ challenge that the section doesn’t force a responsibility concerning how they’re allowed to oblige a policyholder to submit an IME after requesting medical benefits.

“Under section 1711 of the MVFRL, all insurers issuing liability insurance policies for motor vehicles are required to provide a minimum medical benefit of $5,000,” Justice Debra Todd wrote. “Insurers are required to follow Section 1796(a) when seeking to compel an insured to submit to an IME, when the insured has refused to voluntarily comply with such a request, and any insurance policy which purports to set requirements by which an insurer may compel an insured to undergo an IME is required to comport with that section.

"Accepting appellants’ argument that this section applies only when insurance policies don’t contain IME clauses such as those implicated herein would lead to an unreasonable and, indeed, absurd result."

The section also requires an insurance company that wants to push for an IME to first go through the court and show why the IME is necessary. If the judge approves the IME, the judge is the one that chooses the doctor that will perform the IME.

Wecht said in his opinion that the Supreme Court doesn’t have the authority to change the MVFRL, which he says speaks nothing about requiring insurers to undergo the judicial process to schedule a medical examination for someone who is insured and an examination that has already been agreed upon in the contract.

In the one of the two lawsuits that were consolidated, William H. Scott, who’s insured by Travelers Commercial Insurance Co., sued after his request for Travelers to cover his medical expenses following a 2009 car accident was denied. Instead, Scott was told he was scheduled to get an IME. Travelers also refused to issue a list of three doctors from a pool of physicians that Scott said he would allow to examine him. Scott never showed up to the IME and Travelers stopped paying his medical bills. He then filed a lawsuit stating that Travelers’ actions didn’t comply with the MVFRL.

In the other lawsuit, Samantha Sayles had a policy under Allstate Insurance Co. She was hurt in a car accident in December 2015 and requested medical bills under her policy that allows for up to $5,000 a person. Allstate said it wouldn’t pay her bills but instead sent her lawyer a letter that asking that she get an IME and Allstate would choose the doctor. Allstate said it wouldn’t pay for her medical benefits after she didn’t submit an IME. Both cases were removed to federal courts and consolidated by the Third Circuit.