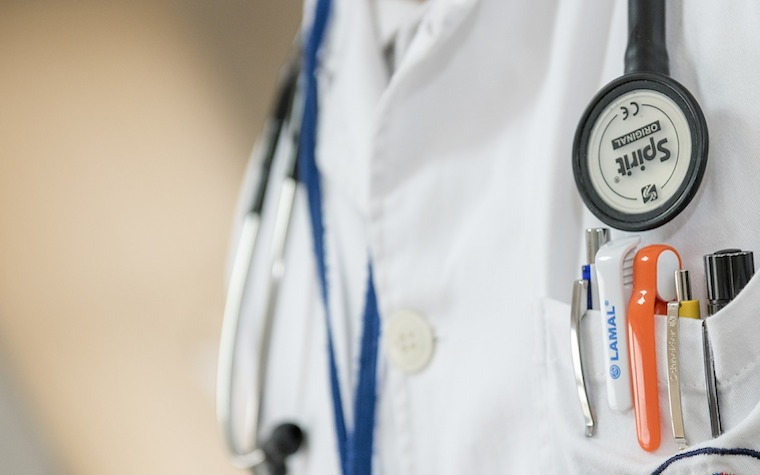 PITTSBURGH – A case of a rhinoplasty patient who alleged that photos of her in a pre-operative and operative state were taken and published publicly without her consent by her doctor and his medical office, has been settled.

On Nov. 4, Allegheny County Court of Common Pleas Judge Michael A. Della Vecchia stated that the instant litigation had been settled in three portions: An undisclosed monetary sum, a written apology posted to social media and a standard release agreement, including mutual confidentiality and non-disparagement.

On Jan. 9, the case docket showed the action was officially settled and discontinued.

Nicolette S. Lepresti of Westmoreland County initially filed suit in the Allegheny County Court of Common Pleas on July 11, 2017, versus James L. Fernau M.D. and Accent on Body Cosmetic Surgery, both of Pittsburgh.

On or about Oct. 17, 2016, the plaintiff came to Fernau’s office complaining of difficulty breathing through her nose. Fernau diagnosed Lepresti with a deviated septum, hypertrophy of her nasal turbinates, several nasal obstruction and nasal vestibular stenosis – and recommended a rhinoplasty operation to correct these issues.

During this consultation, Fernau and/or a member of his staff took pre-operative photographs of Lepresti, the suit stated.

Further, the plaintiff signed a document titled “Consent for Purposes of Treatment, Payment and Healthcare Operations," which included the phrase: “I agree for my image to be used for my medical record, but NOT FOR medical publication,” the suit said.

On Nov. 11, 2016, Lepresti signed a consent form to undergo the rhinoplasty procedure, the suit said. Before the operation, Fernau repeatedly asked Lepresti to give consent for the defendants to create and distribute photographs and video of her procedure for the medical community and the public, pressuring her to sign a document to that effect, the suit said.

Lepresti refused and declined to sign the release form, the suit said.

The rhinoplasty procedure took place on Nov. 17, 2016 and photos were taken of Lepresti and posted to various social media accounts belonging to the defendants, including Facebook, Twitter and Instagram, both individually and as part of a collage of other procedures performed by Fernau, the suit said.

The photographs and social media postings were public and seen by thousands of individuals, the suit said.

On Jan. 25, 2017, plaintiff requested her medical records from Fernau’s office and then discovered that the social media postings containing said photos were deleted, the suit said. Lepresti alleged that she received no compensation for the photos in question.

In a response to the lawsuit, the defendants claimed that the plaintiff failed to state a claim upon which relief could be granted and that they are not liable for any pre-existing medical conditions which may have contributed to the plaintiff’s state, among other charges.

Prior to settlement and for counts of invasion of privacy/appropriation of likeness, wrongful disclosure of confidential medical information, intentional infliction of emotional distress, negligent infliction of emotional distress, the plaintiff was originally seeking damages that exceed the arbitration limits of the Court and a jury trial in this matter.

The plaintiff was represented by Neil R. Rosen of Rosen Louik & Perry, in Pittsburgh.