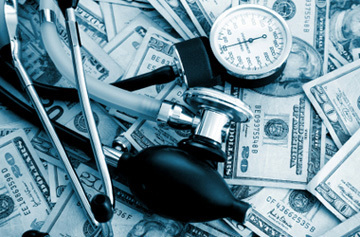 HARRISBURG – A Pennsylvania Senate Legislative Budget and Finance Committee (LBFC) report on the effects of changing current medical malpractice litigation venue rules is nearly finished and may be released in February, its executive director said.

“We are completing the report, and expect to have a draft done by the end of the year. We have tentatively scheduled a release date of Feb. 5. That will be a public meeting of the Legislative Budget & Finance Committee,” LBFC executive director Patricia Berger said.

The report originated from a state Senate resolution that called for on-the-record discussion of issues connected to a proposed change of rules concerning medical malpractice litigation, and has been worked on for the past 10 months.

The current medical malpractice venue guidelines in question were brought into law subsequent to 2002’s Medical Care Availability and Reduction of Error (MCARE) Act and after a recommendation from the Interbranch Commission on Venue, which then ensured plaintiffs were only permitted to sue in the county where their alleged injury took place – a standard that currently remains in place.

A renewed debate over the rules governing venue for medical malpractice lawsuits in Pennsylvania was sparked by a letter written to the state Supreme Court late last year, asking the body to re-examine the issue.

It appears to have been the catalyst for a Supreme Court committee featuring five attorneys who work at firms that file medical malpractice lawsuits to propose reinstituting rules more favorable to plaintiffs.

Changing the rules would allow plaintiffs’ attorneys to choose whichever eligible county they’d think would be likeliest to give out a jackpot. Philadelphia, for example, is known nationwide for its high-dollar jury verdicts and was recently named the No. 1 "Judicial Hellhole" - a designation given by a tort reform group that considers whether businesses get a fair shake in certain jurisdictions.

In December 2018, the state Supreme Court’s Civil Procedural Rules Committee proposed changes that would permit plaintiffs to sue in any venue where a medical defendant conducts business, reminiscent of the way such lawsuits were allowed prior to the MCARE Act’s passage and the Interbranch Commission's recommendation.

However, after the passage of Senate Resolution 20 in February, calling for a committee report on the effects of changing the current venue guidelines to be written and completed before the end of 2019, the state Supreme Court decided to suspend any further action until that report is issued.

Pennsylvania Senate Judiciary Leader Lisa Baker said it was “vital” to have discussion of these issues on the record.

“There was substantial alarm inside and outside the legislature when a proposed rule suddenly materialized that would have undone what was so carefully-crafted protections for venue shopping that Sen. [Robert B.] Mensch outlined, and could have been finalized without any source of public hearings,” Baker said.

Baker requested the Senate committee members deal with the issues raised by the Civil Procedural Rules Committee through fair gathering and interpretation of information and statistics, plus “reliable representation of the cases filed, the outcomes of judgments and settlements, physician population and distribution, provider performance, patient safety and insurance affordability.”

The LBFC held a two-day series of hearings in Harrisburg in June, discussing the impact that reverting current medical malpractice litigation venue rules could have on citizens’ access to health care.

Both plaintiffs attorneys and those representing the interests of health care providers were given the opportunity to explain their rationales for why the current medical malpractice litigation venue rules should or should not change.

The plaintiffs bar argued that citizens were being denied access to justice under the current venue rule system, whereas health care providers countered that changing the venue rules would ultimately lead to a return of the medical liability straits Pennsylvania found itself in during the early 2000’s.

Such business and legal reform groups warn that a health care crisis in the state could return if pre-2002 venue guidelines are implemented by the Supreme Court of Pennsylvania. They say those former venue rules were to blame for high malpractice insurance costs that caused fewer health care options for patients.