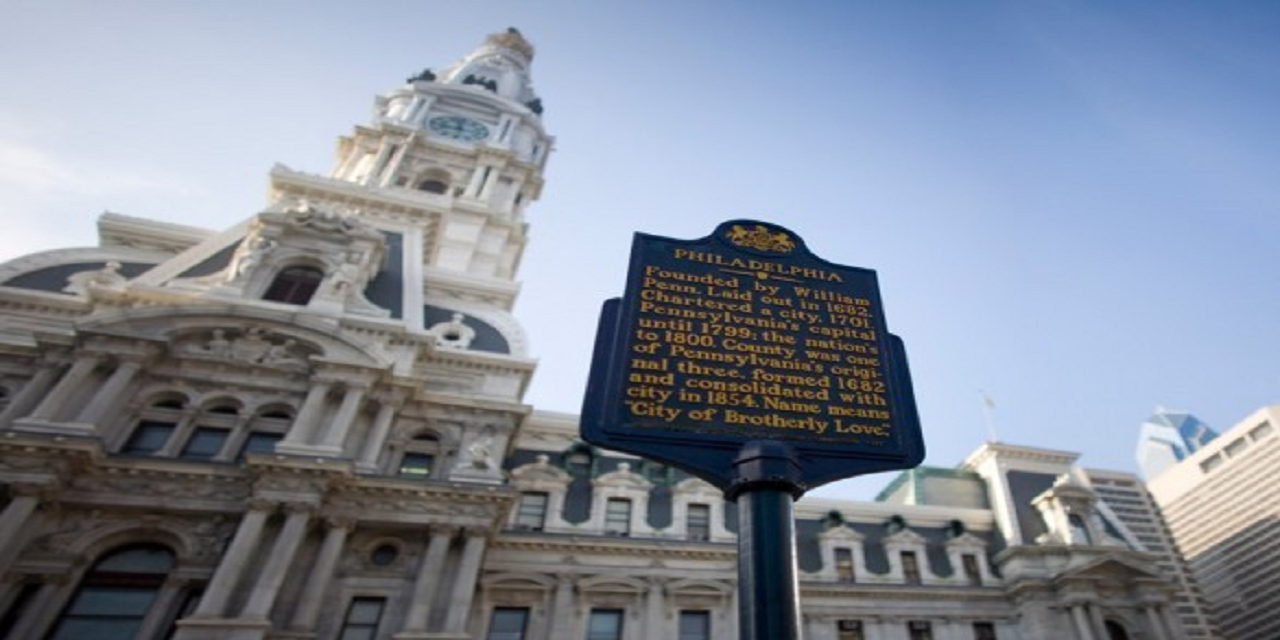 WASHINGTON – In the latest annual report of “Judicial Hellholes” released today by the American Tort Reform Association, Philadelphia has claimed the No. 1 ranking – in part due to a historic $8 billion punitive damages verdict rendered this year in litigation connected to Johnson & Johnson’s anti-psychotic drug Risperdal.

The American Tort Reform Association’s yearly paper ranks legal jurisdictions considered unfriendly to businesses and where they are perceived not to be given a fair shake in court.

In last year’s report, the Philadelphia County Court of Common Pleas ranked No. 6, now jumping from the middle to the very top of the list in 2019.

Specifically, the report points to the Philadelphia jurisdiction’s propensity for massive verdicts, open-door policy in allowing out-of-state plaintiffs to file cases there and widespread advertising in the local media market to generate as many lawsuits as possible, as three reasons for it receiving the top spot on the list.

In Murray v. Janssen Pharmaceuticals, a Risperdal action involving Maryland plaintiff Nicholas Murray, a jury decided the case in Murray’s favor in November 2015 and awarded him $1.75 million. The $1.75 million jury verdict represented damages for “disfigurement and mental anguish," though it was later cut down to $680,000.

In the second portion of the bifurcated trial in Murray, plaintiff counsel sought to prove that Risperdal's makers knew and deliberately disregarded evidence that it could lead to gynecomastia, the development of female breast tissue, in young males, and nonetheless promoted the drug off-label and released the drug into the open market for use by patients without disclosing the side effects.

Risperdal was originally developed for use by adults diagnosed with schizophrenia. Murray was prescribed Risperdal at the age of nine in 2003, for off-label treatment of symptoms associated with his Asperger’s Syndrome. Like other plaintiffs who stepped forward, Murray also developed gynecomastia.

The trial ended with the $8 billion punitive damages verdict in October, subsequently leading to allegations of bias against presiding judge Kenneth Powell Jr., and an immediate appeal from Johnson & Johnson which remains pending.

The ratio of punitive damages to compensatory ended up more than 11,000 to 1, even though courts usually consider anything more than 10 to 1 unconstitutional. Nearly 7,100 other cases have been filed in the Risperdal mass tort litigation in Philadelphia.

“The reality of the recent $8 billion Risperdal punitive damages jury verdict is that it was decided by a highly educated jury, led by a foreperson who was a masters-degreed, university-based researcher, along with two other jurors with advanced degrees beyond college and five others with college degrees, all of whom heard evidence from a former commissioner of the FDA and others, demonstrating the illegal and malicious misconduct of a large multi-national corporation who put profits over vulnerable, disabled children who were injured in an off-label scheme by J&J to market an powerful chemical straitjacket, adult anti-psychotic drug to children.”

Finding fault on the part of Johnson & Johnson in a Risperdal case is not unusual, Kline said while also calling for an investigation into an "attempted interference with the independent judiciary."

“Contemporaneous with the vile attack on our courts, there has been summary judgment entered in two Risperdal cases, demonstrating the even-handedness of our courts and proof of the falsehood and the preposterous and outrageous assertion made by ATRA, without basis, by and and for those who would destroy the independence of our courts and who do not want to be accountable for their misconduct in the civil justice system," he said.

Johnson & Johnson declined to comment on the report to the Pennsylvania Record.

In addition to Risperdal, the “Judicial Hellholes” report spotlighted a $775 million global settlement in cases surrounding blood-thinner drug Xarelto last March, as some of those cases were to be heard in Philadelphia; more than $345 million in Philadelphia jury verdicts against Johnson & Johnson subsidiary Ethicon in litigation connected to pelvic mesh products; and the city’s continuing to be a hotbed for asbestos exposure litigation, as further justification for its top placement.

Currently, 86% of these cases were filed by out-of-state plaintiffs.

For the third year in a row, the report also named the Supreme Court of Pennsylvania on its “Watch List” of judicial bodies to closely monitor, based on its perceived track record of anti-business court decisions.

“In recent years, both the intermediate appellate courts and the state’s high court have issued liability-expanding deci­sions and have swung courtroom doors open to out-of-state plaintiffs whose claims have no connection to the state,” the report states.

“As more key cases reach the state high court, it once again will have to choose whether to adhere to traditional principles of tort law and follow statutory law, or accept the plaintiffs’ bar’s invitation to expand liability and welcome more lawsuits to Pennsylvania.”

The report pointed to the Court’s decisions to reinstate thousands of Risperdal cases, expand venue choice and the statute of limitations in medical liability cases and pierce the liability veil of sovereign immunity for government agents, as reasons for the judiciary to once again end up on the “Watch List”.

The remainder of ATRA’s list of “Judicial Hellholes” is as follows:

2. California – ATRA highlighted Proposition 65 being exploited by the plaintiffs’ bar, expansion of the state’s Public Nuisance Law, a forthcoming surge of class action lawsuits related to the issue of data privacy and an attack on the arbitration process in its reasoning for including California on the list.

“California’s courts and legislature continue to look for novel ways to expand liability at almost every given opportunity. California’s fall from the No. 1 spot cannot be attributed to any improvement in the state’s liability climate, but rather results from the severity of the new problems plaguing Philadelphia,” according to the report.

3. New York City – According to ATRA, the targeting of small businesses, high levels of talc and asbestos litigation, increased third-party litigation funding and a liability-expanding legislative agenda in its remarks about New York City.

“New York trial lawyers continue to target small busi­nesses with American with Disabilities Act claims, and the number of consumer lawsuits filed against the food and beverage industry remain on the rise. The legislature pur­sued a very plaintiff-friendly agenda, while much-needed reform to New York’s ‘Scaffold-Law’ continued to stall,” the report says. Stable in its place on the list, New York City was also ranked No. 3 in last year’s report.

4. Louisiana – ATRA looks to aggressive litigation driving jobs out of state, private attorney political donors handling the state’s opioid litigation, judicial misconduct and lack of transparency as reasons for Louisiana being ranked No. 4 in 2019.

“The Bayou State continues to climb up the Judicial Hellholes list, due to the costly combination of former plaintiffs’ attorney and current Governor John Bel Edwards’ (D) aggressive litigation agenda, the plaintiff-friendly legislature, and inescapable advertising practices by the plaintiffs’ bar.” Louisiana was ranked No. 5 in last year’s report.

5. City of St. Louis, Missouri – ATRA highlighted top-dollar payouts in talc litigation, liability-expanding decisions and increased punitive damages awards as reasons for the City of St. Louis returning to the list yet again.

“A perennial Judicial Hellhole, City of St. Louis once again appears on the list due to lack of reforms and a continuation of the status quo. St. Louis City judges continue to allow blatant forum shopping and excessive punitive damage awards.” St. Louis was ranked No. 4 in last year’s report.

“Trial courts across the state have issued liability-expanding decisions. Outrageous nuclear verdicts have become the norm. Premises liability and medical liability are the areas that have been targeted most heavily. The legislature must take immediate action to improve the legal environment, if Georgia hopes to be removed from the list anytime soon,” the report states. Georgia was not ranked in last year’s report.

“The three counties are on the forefront of ‘no-injury’ lawsuits and remain hotspots for asbestos litigation. Not only are the prospects for reform grim, but the state legislature passed an aggressive pro-plaintiff agenda in 2019 with more of the same expected in 2020,” according to the report. Only Madison and St. Clair counties were ranked in last year’s report, Cook County was not included.

8. Oklahoma – ATRA referred to Oklahoma’s Attorney General Mike Hunter awarding no-bid contracts to law firms that were his political donors to represent the state in its opioid litigation against Teva Pharmaceutical Industries and Purdue Pharma.

“In 2017, when AG Hunter joined scores of other states and municipalities in suing the makers of opioids, he chose not to rely on his own office’s lawyers or even hire one of the many plaintiffs’ firms experienced in pharmaceu­tical litigation,” the report says. Oklahoma was not ranked in last year’s report.

9. Minnesota Supreme Court/Twin Cities – ATRA highlighted a decision in Warren v. Dinter in its reasoning for including Minnesota’s top court and Minneapolis-St. Paul on the list, as the Court found that “a doctor can face a medical liability suit even when no traditional physician-patient relation­ship exists…even in the absence of a physician-patient relationship, if it is reasonably foreseeable that the third party will rely on the physician’s acts and be harmed by a breach of the standard of care.”

As in other jurisdictions seen here, an expansion of liability for businesses and health care providers landed it on the list. The Minnesota Supreme Court and Twin Cities were not ranked in last year’s report.

10. New Jersey Legislature – The report pointed to a “radical, overreaching wage-and-hour bill and an anti-arbitration bill that already has been challenged in federal court” as part of its reasoning for including New Jersey’s legislature on the list. The wage law’s “provision for treble damages and tripling of the limitations period could result in recoveries up to nine times larger than would have been available before the bill’s enactment.” The New Jersey Legislature was ranked No. 7 in last year’s report.